Compass Travels Due North for Another Floor at 90 Fifth Avenue 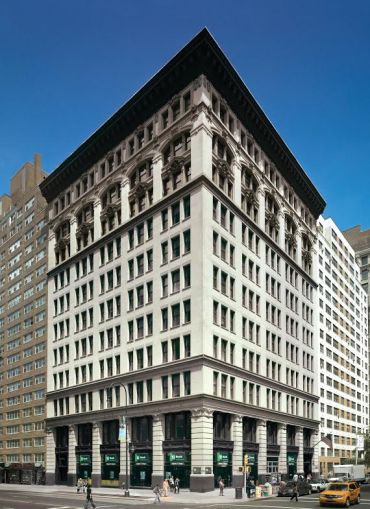 The company has signed a lease for an additional 25,204 square feet at the building near Union Square between West 14th and West 15th Streets, according to the landlord. Compass will move into the entire eighth and nine floors of the 11-story building.

It’s the latest in several expansions the company has done in the last year and a half. The real estate tech firm, which helps people find a home through an app, now has nearly 90,000 square feet in the 140,000-square-foot building, according to The New York Post, which first reported news of the deal. Compass now has the third through ninth floors.

The lease is for 10 years, according to an RFR spokesman. The asking rent in this deal was not available, but it’s $95 per square foot on the second floor, which is the only level still available in the building.

AJ Camhi of RFR represented the landlord in-house along with a team from JLL. Ethan Silverstein and Mark Mandell of Cushman & Wakefield represented Compass.

“We believe this [expansion] speaks to not only the company’s cutting-edge vision and exponential growth, but also to how well located and sought after 90 Fifth has become in this submarket,” Mr. Camhi said in prepared remarks. “We look forward to watching Compass as it continues to innovate and grow.”

The company’s growth comes in light of another fundraising round. In mid-September, Compass closed a Series C fundraising period in which the company pulled in $50 million, according to Crunchbase, which tracks fundraising. The app developer had an $800 million valuation going into the fundraising.

As its cash flow continues to expand, the real estate tech company has increased its footprint at 90 Fifth Avenue. Compass in April signed a deal to take the entire seventh floor, or 12,602 square feet, of the building, as Commercial Observer previously reported. Compass first signed a lease at the building in the summer of 2014 for 25,000 square feet, and doubled its foothold by last October.

“We are thrilled to continue our growth in a space that fosters collaboration among all of our teams,” said Robert Reffkin, the founder and chief executive officer of Compass, in prepared remarks. “We’re fortunate to be in a such a prime location, convenient to our expanding agent population and ideal for our plans of future growth.”