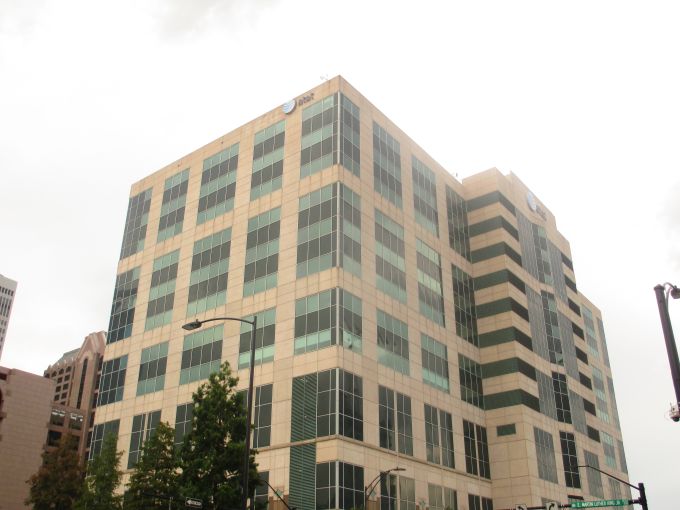 The loan will go toward the firm’s purchase of AT&T Plaza, a 355,100-square-foot building that was put on the market earlier this year, according to Providence, R.I.-based Citizens. A spokesman for the bank declined to provide the terms of the debt.

“Stream Realty is a great client and we’re excited to be able to help them achieve their strategic and financial goals,” said Gary Magnuson, the bank’s head of commercial real estate finance, in prepared remarks.

The firm bought the 15-story building from Childress Klein Properties and Norfolk Southern Railroad, according to the recent reports.

Stream Realty Partners closed on the building in August $45.5 million and was slated to renovate the building officially at 300 South Brevard Street. The renovations include paving and landscape, as well as upgraded entrances and terraces, the Charlotte Observer reported in June.

AT&T, the building’s namesake and anchor tenant, announced last December it was relocating the 400 employees based at the building within the Charlotte area, the local newspaper reported. That freed up about 340,000 square feet at the building.

“We’ve worked with Citizens Bank before and we continue to be impressed by how quickly and effectively the Citizens Commercial Real Estate Finance team is able to complete transactions,” said Stream Realty Managing Partner Daniel Farrar.