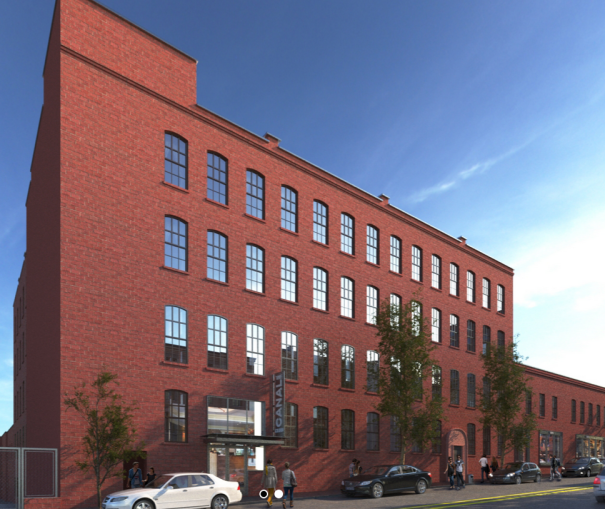 Rendering of the renovated 68-80 Third Street.

Farmigo, an online farmer’s marketplace startup, is moving from a Downtown Brooklyn coworking space to an office in the Gowanus section of Brooklyn.

The growing tech company signed a two-year deal for 3,500 square feet on the ground floor of the Cowork.rs space at the four-story 68-80 3rd Street in Gowanus. Cowork.rs took 42,000 square feet at the building in March from the landlord at the time, LIVWRK, as Commercial Observer previously reported. (LIVWRK sold the building to Samson Management in July.)

Farmigo will have desks for 70 employees and five private spaces (conference rooms and offices). Cowork.rs charges $450 a month per desk and $800 a month for private areas, according to its website.

The Brooklyn-based startup is moving from 15 MetroTech, where it is currently occupying part of a shared office from Tough Mudder, the company behind the muddy obstacle course events. It will relocate to the new space by the end of the month, according to a Farmigo spokeswoman.

“We are just renting out some desks in [15 MetroTech]. We have outgrown it and it would be nice to have our own space to operate in,” Summer Coper, who handled the deal in-house for Farmigo, told CO.

Shlomo Silber of Cowork.rs handled the transaction in-house. Mr. Silber was not available for comment.

Ms. Coper said they expect to move in by the end of the month to the office, which features exposed brick walls, high ceilings, and hardwood floors.

Farmigo works as an online marketplace with the goal of bypassing supermarkets. Through the platform neighbors create food communities and order produce direct from farms. The groceries are brought to Farmigo’s center at 16 Huntington Street in Red Hook for packing and delivery  to neighborhood schools and local centers.

The company is also moving its packaging and distribution facility from Red Hook as well. The startup signed a three-year lease for 8,800 square feet of space at 99 Scott Avenue in Bushwick, as CO reported. It will also begin operations in that new facility by the end of the month.