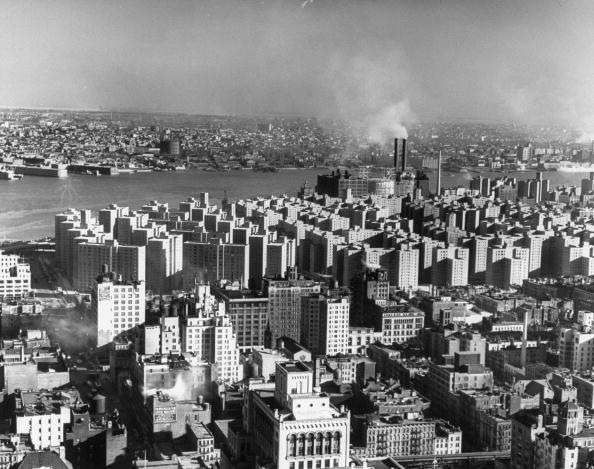 Blackstone Group is changing its real estate approach with today’s signing of a $5.3 billion contract to purchase Stuyvesant Town-Peter Cooper Village. The equity firm and its partner, Ivanhoe Cambridge, are looking to hold on to the complex for a “very long period of time,” Jonathan Gray, the company’s head of real estate, declared at a press conference this morning.

“You think about us typically buying troubled assets, taking more risk, more of a turnaround nature,” Mr. Gray said at the East Side enclave, flanked by Mayor Bill de Blasio and other city officials. “In this case, we’re buying a very stabilized, long-term asset.”

The companies inked a deal to buy the 11,232-unit, side-by-side communities for $5.3 billion—a bargain compared to the last time the property changed hands nine years ago for $5.6 billion. The two firms are buying the complexes from CWCapital Asset Management, which has managed the property since 2010 and took control of the deed in 2014. The sale is expected to close at the end of the year, Mr. Gray said.

In exchange for tax subsidies, Blackstone and Ivanhoe also agreed to keep about 5,000 units as rent-stabilized—a complete reverse from when Tishman Speyer and BlackRock bought the complexes in 2006 and planned to raise rents and do a condominium conversion. The goal now, Mr. Gray said, is to keep the original middle-class rental community designed by MetLife intact, and for Blackstone that means smaller but longer-term returns.

The deal with the city also ensures that rent increases are slated to be minimal for 1,400 units that were part of a messy legal battle ending in 2009. The apartments will see rate hikes in 2020 when the J-51 tax credit on the building expires, according to a press release from the mayor’s office. Rent increases on those apartments will be capped at 5 percent per year for the five years after the J-51 expiration.

In return for the new owners preserving affordable housing, the city will shell out $250 million in tax subsidies.

“There was a fierce sense of urgency to seize an opportunity with this sale, and preserve something that is very special,” Mr. Gray said.

Blackstone and Ivanhoe’s purchase ends a messy, nine-year saga that began when Tishman Speyer and BlackRock bought the communities in 2006. During that time, the owners borrowed heavily to buy the complexes, raised rents and attempted to convert some units into condos. Eventually, the landlords defaulted on the property in 2010 and it was subsequently managed and controlled by CWCapital Asset Management, which had been the special servicer on the complexes’ mortgages.

By keeping the apartments as rentals, Blackstone and Ivanhoe have met the demands of the community, which worried about being priced out, said Michael Stoller of Madison Realty Capital, who was not involved in the deal. Setting up stronger relationships could allow the new landlords to potentially expand on the complex, and add more units.

Blackstone is “too high profile to force a high profit on this property,” he said. “Everything is upgraded in the community and the neighborhood is only getting better.”