ULI Panel to Explore the Gender Gap in CRE 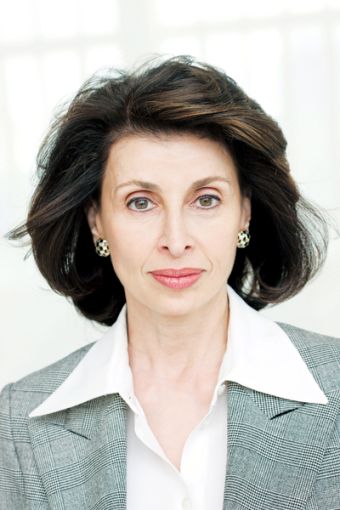 The gender gap in commercial real estate has narrowed substantially over the last decade. But, according to experts, there is still work to do.

Later this month, approximately 65 women with burgeoning careers in commercial real estate will attend a panel discussion with three senior-ranking women in the industry. The event, arranged by the Urban Land Institute New York, is part of a broad effort by the organization to close the gender gap in high-level real estate positions.

“This is part of our platform to raise the visibility of women in commercial real estate and within our organization,” said Felix Ciampa, the executive director of the Urban Land Institute New York. “Women at the senior level of commercial real estate are not well represented and we are committed to supporting their advancement.”

In the most recent survey by the Commercial Real Estate Women (CREW) Network, women comprised 43 percent of commercial real estate professionals in the U.S. in 2010, compared to 36 percent five years earlier. But the number of women in business-leading “C-suite” positions was only 9 percent.

The ULI New York event is part of the organization’s Women’s Leadership Initiative, which was formed two years ago. The panelists will speak about critical choices they have made in their careers, challenges they have faced and how to leverage leadership opportunities.

“The opportunities today for women are much better than we ever expected, but let’s not forget that these changes are a result of hard work at all levels,” said Ms. Gilmartin of Forest City Ratner, who began her real estate career 30 years ago as a New York City Urban Fellow at the Public Development Corporation.  “ULI has provided a forum for this change but more importantly it has been a catalyst for the change.”

Lauren Cahill, a senior development director at AvalonBay Communities, has seen significant change in the industry in the last five years. When she was looking for a job in New York City in 2009, most of her contacts were men. But as she looks around today, she finds that there are many more women in similar roles to her.

Ms. Cahill is managing Avalon Willoughby Square, a residential tower that will be the tallest building in Brooklyn when it is completed, among other projects. She is planning to attend the ULI event, because she believes it is an invaluable networking opportunity.

“If it wasn’t for the women on the panel, I wouldn’t be where I am today,” she said. “The ability to have one-on-one access to these women, who have had hugely successful careers, is amazing and any interaction with them will provide huge takeaways.”

As for the panelists, Ms. Tighe of CBRE has observed significant improvement for women in commercial real estate since she started her career as a broker for the Edward S. Gordon Company in 1984. “But it is still not commonplace for the senior people at the negotiating table to be women or for the owners to be women,” she said.

Ms. Tighe credits her career trajectory in part to having Carol Nelson, an industry trailblazer, as a mentor. And she feels it is a privilege to impart her expertise to the ULI program participants.

“It’s a really nice thing to have other women in the room,” said Ms. Tighe. “I am the beneficiary of their presence; it is mutually beneficial.”

When it comes to negotiating, a key topic for real estate professionals, Ms. Tighe said she would advise women not to end their statements as if they were asking a question. She also says that, while there is “no substitute for having as much knowledge of the information as possible, it is also important to know the people with whom you are negotiating.”

The ULI event is the second and final segment of its “summer school” series. In July, the group focused specifically on negotiating skills.

Marina Trejo, a project manager at Two Trees Management, who is a steering committee member of the Women’s Leadership Initiative and plans to be at the upcoming program, said she would like to hear how the panelists have handled multi-billion dollar deals—how they have prepared for these negotiations and what they have learned from them.

“Ultimately, we want to learn as much as possible from these women, who are perceived as being the best in the industry today,” she said.