This Is Your PILOT Speaking 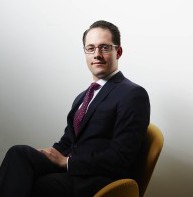 There is a moment of almost universal dread when a landlord’s initial lease draft is first delivered to the tenant. What had been a 10-page term sheet suddenly mutates into a 200-page document. Yet, buried within the draft is necessary language that serves to protect all parties from potential hazards. While some of the verbiage is legalese, much of it contains significant material elements that could adversely impact the tenant if not fully understood.

Many leases contain a clause regarding the tenant’s Real Estate Tax Escalation. Simply stated, this addresses a tenant’s responsibility for their proportionate share of the building’s real estate tax. While there are several nuances involved in the negotiation of the provision, the leases are typically straightforward. Yet, there are periodic instances when the traditional Real Estate Tax Escalation is replaced by a different mechanism. In these cases, the provision demands extra careful treatment.

These are the buildings that have a Payment in Lieu of (Real Estate) Taxes program, often referred to as a PILOT. Programs such as PILOT were established by property owners in partnership with the City of New York in an effort to incentivize development. A PILOT program exempts landlords and developers from paying real estate taxes, and makes them pay a prescribed fee, which is generally much less than the real estate tax, with the savings typically passed on to the tenant.

The classic New York City example is the massively successful Times Square redevelopment initiative. The city—in collaboration with a number of developers—implemented a series of PILOT programs, which were actually introduced over 15 years ago. The area’s evolution from red-light district to bustling business destination is a testament to the significance of the programs. Times Square’s broadly acknowledged resurgence is partially responsible for the city’s continued utilization of the PILOT tool, particularly when attempting to resuscitate downtrodden neighborhoods or spark otherwise prohibitively expensive redevelopment.

However, PILOTs are not permanent, as most have a time horizon of 20 years. Throughout the next 10 years, many of the Times Square tenants credited with transforming the neighborhood will face significant occupancy expense increases when their PILOT programs expire and are replaced with traditional Real Estate Tax Escalations.

For instance, 7 Times Square, the iconic Skimore Owings & Merrill tower on the corner of 42nd Street and Broadway, was built in 2004 on a ground lease owned by the City of New York. The building’s tenants currently benefit from a PILOT that is due to expire in June 2024. In fact, almost every existing tenant in that building has a lease expiration preceding that date. Faced with the prospect of an enormous cost increase, many may choose to relocate to a new address. Ironically, their alternatives will include Hudson Yards and the World Trade Center, each boasting their own newer PILOT programs.

The building at 7 Times Square is just one of many of the neighborhood assets facing the prospect of losing its tenants. The Durst Organization’s 4 Times Square is already grappling with the likelihood of a completely vacant building by 2020 due to Condé Nast’s relocation to 1 World Trade Center and Skadden Arps’ planned move to Brookfield Property Partners’ Manhattan West. Perhaps most interestingly for the rest of Manhattan is how these impending overall changes will affect the general Times Square vibe. As the office tenant roster shifts, the neighborhood will witness inevitable retail and residential changes, along with the introduction of new company signage along The Crossroads of the World.

As we inch closer to the expiration of the Times Square PILOT programs and begin to see the first tenant migrations, it is important to remember the program’s significance in attracting the current crop of tenants. Any company contemplating signing a lease with a PILOT should understand the ramifications of the program’s expiration timing and the potential bottom line impact of a conversion to Real Estate Tax Escalation, as we’re now seeing how a bit of upfront due diligence could help structure a more strategic lease and potentially avoid the need to relocate.

Gabe Marans is a managing director with Savills Studley.