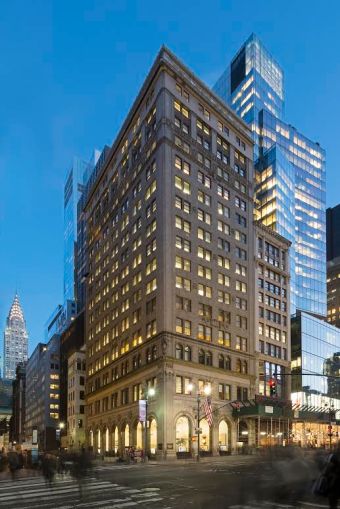 The deal for the 17-story, 160,000-square-foot office building between East 43rd and East 42nd Streets, adds one more property to the growing list that Mr. Sutton controls on Fifth Avenue. The transaction is worth nearly $250 million, as The New York Post first reported.

Mr. Sutton and Aurora Capital will oversee operations and will be responsible for renovations and leasing activity in the property. The building is completely occupied by Israel Discount Bank, which has its headquarters in it.

“We sent a cogent message to the investment community that this transaction offered a unique opportunity to obtain long-term control of a truly superior Midtown, Manhattan asset,” Mr. Mosler said in prepared remarks. “The owners were delighted by the outcome.”

Mr. Sutton did not want to comment on the transaction. The real estate mogul has ownership of many Midtown Fifth Avenue properties, including The Crown Building at 730 Fifth Avenue, which he purchased for $1.78 billion in April, as Commercial Observer previously reported.