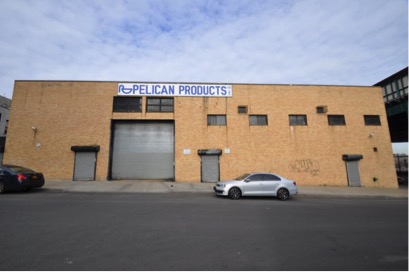 A distributor of fresh and frozen seafood is looking to purchase and renovate a 12,600-square-foot building in the Bronx with the help of $2.2 million in city tax breaks, a plan that requires approval from the New York City Industrial Development Agency next week.

Gotham Seafood Corp., which already operates a 10,000-square-foot facility at 542 West 29th Street, hopes to acquire the property at 1049-1055 Lowell Street in the Foxhurst neighborhood and add three full time employees, according to an application the company filed with the city. Gotham currently has a team of 42 employees.

The New York-based company, which has served restaurants, hotels and cruises since 1987, is expected to pay $4.2 million for the property. Officials with NYCIDA, a division of New York City Economic Development Corporation, will vote on the application for tax abatement benefits on Oct. 13. The owner of Gotham Seafood, John McGuire, declined to comment.

“Organizations like Gotham Seafood are crucial to the city’s overall efforts to strengthen and diversify the economy by supporting local manufacturers and industrial businesses,” NYCIDA Executive Director Jeffrey Lee said in prepared remarks.

In the fiscal year ended June 2015, NYCIDA closed on 14 projects, bringing in about 10,800 jobs and $1.4 billion in revenue for the city. Together, these projects induced more than $3.6 billion in private investment.