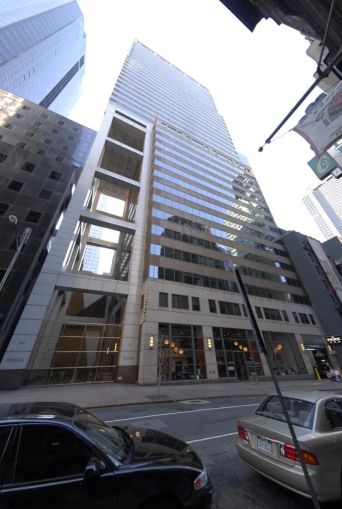 New York-based Estreich & Company brokered the 10-year loan, which covers 41 percent of the purchase price, according to the borrower and lender. The loan carries an interest rate of 3.64 percent.

“The life company’s loan terms were much less restrictive,” Steven Levy, principal of Kamber, told CO over the phone. “The rate was at least one-third of a point lower than the next lowest bidder.”

In 2007, SL Green purchased the Class A office building for $285 million and took out a $170 million loan from Merrill Lynch to finance the purchase.

“We and our partners are delighted to acquire such a fine property in the heart of midtown,” Mr. Levy said. “We believe that the asset will benefit from careful capital investment, active personal tenant service and a marketing program that projects an exciting, vibrant and distinguished public image.”

The 458,446-square-foot building was completed in 1989 and recently underwent $8.5 million in capital improvements, according to Kamber’s website. The atrium, lobby, street front and elevators were updated, and roughly 20 percent of the office space was modernized.

The building’s tenants include mutual fund sponsor and distributor Aquila Management and science research lab D.E. Shaw Research. Bobby Van’s Steakhouse also has a location at the base of the building. The property contains a below-grade parking garage, leased to Manhattan Parking.