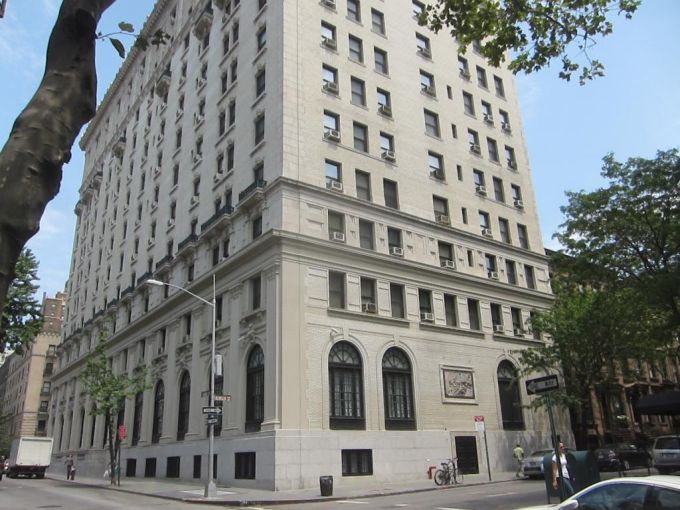 Sixty years ago this October, when the Brooklyn Dodgers won its first and only World Series, the team opted to celebrate at Brooklyn Heights’ Hotel Bossert. The likes of Jackie Robinson, Pee Wee Reese and Gil Hodges serenaded manager Walter Alston in the lobby of the often-dubbed Waldorf Astoria of Brooklyn.

The Boys of Summer shipped off to Los Angeles two years later, and in 1988 the Watch Tower Bible and Tract Society of Pennsylvania, the nonprofit legal entity of the Jehova’s Witnesses, bought the Bossert. And while the Dodgers might never come back to Brooklyn, the 106-year-old hotel is getting a new lease on life after trading hands in 2012.

Three years after David Bistricer of Clipper Equity and the Chetrit Group bought the 14-floor building, the Fën Hoteles has been tapped to operate the landmark hotel at 98 Montague Street, The Brooklyn Paper first reported last week. This will mark the second hotel in Brooklyn for the Argentinian company.

“It still is amazing that if you think 15 [or] 16 years ago, there was one hotel in Brooklyn, and that was the Marriott and they were the trailblazers,” Carlo Scissura, the president of the Brooklyn Chamber of Commerce, told Commercial Observer. “The Bossert with its rich history and where it’s located will be a very exciting opportunity for Brooklyn Heights and Brooklyn. We’re thrilled about it.”

A Fën spokeswoman said it was too early in the process to say what the hotel might look like, how many rooms it might have or whom it would cater to. The Brooklyn Paper put an opening date for sometime this winter, however, and past reports said the owners planned on a 300-room boutique hotel.

The Watch Tower society started leasing the building in 1983 and bought it five years later. Messrs. Bistricer and Chetrit bought the building from the Jehovah’s Witnesses in 2012 for $81 million, according to property records, as it began dumping some of its holdings in the borough.

The owners are going with an operator that’s just venturing into Brooklyn, with most of its operations based in Latin and South Americas. Fën recently opened the Dazzler Brooklyn less than a mile away at 85 Flatbush Avenue Extension. A restaurant and beer garden will eventually open at the Downtown Brooklyn hotel, according to its website.

While hotels like the Dazzler and The William Vale in Williamsburg are opening to much fanfare, Brooklyn’s hotel performance has not been as heated as the residential and commercial boom throughout the borough.

The average daily rate per room in March 2015 was $150 per night, a considerable discount when you compare it to the $242 per night average in Manhattan, where Midtown hotels reign, according to a borough breakdown by hotel benchmarking firm STR.

Brooklyn has performed well when it comes to supply and demand, however. The borough has enjoyed one of the smallest margins between how many rooms there are and how many rooms are being occupied.

Sean Hennessey, the chief executive officer of independent hotel consultancy Lodging Advisors, said the gap between Manhattan and Brooklyn in terms of nightly rates and demand has been closing over the last few years. Aside from a demand drop in the last year relative to Superstorm Sandy-related repairs being complete, the Brooklyn market is expected to keep picking up steam, he added.

“The long-term trend is that Brooklyn is getting stronger,” he said. “The outlook is for Brooklyn to continue to improve as a hotel market both in terms of its occupancy and room rates relative to Manhattan.”