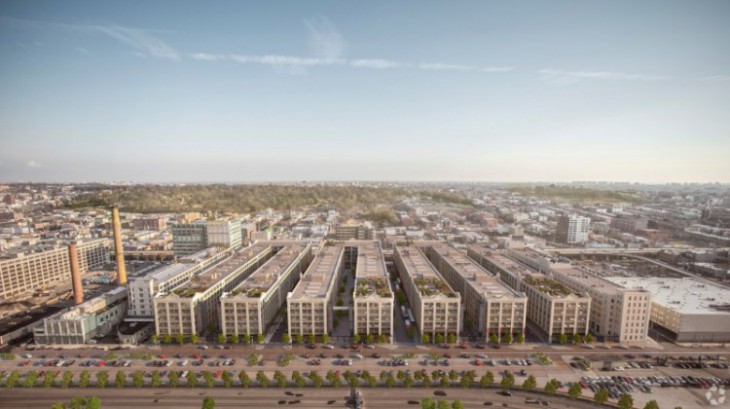 City Farm Corp., which is behind Brooklyn event space The Bell House in Gowanus, Union Hall bar and event space in Park Slope, Floyd bar in Brooklyn Heights and gastropub Fawkner in Boerum Hill (as of this past Saturday), is finalizing a deal to bring a mixed-use space to Industry City, Commercial Observer has learned.

The company is negotiating space for a bar, restaurant and separate performance space (possibly including room for outdoor seating) in Building 5 (which has addresses of 33 35th Street, 67 35th Street and 87 35th Street) in the 16-building Sunset Park, Brooklyn complex, Jim Carden, a co-owner of City Farm Corp., told CO.

“It wouldn’t be as big as The Bell House,” which has a performance space with a 450-person capacity, Mr. Carden said. “This would be 150 people. It might be less music and more spoken word stuff.”

The new 6,500-square-foot venue, which doesn’t yet have a name, would open next year with a full menu, but plans haven’t been cemented.

“It’s an area that doesn’t have anything like we’re thinking of doing there yet,” Mr. Carden said. “We would be early restaurant-bar in that whole complex.”

Brooklyn-centric City Farm Corp. understands and appreciates the maker community that is at home in IC. Ninety percent of the IC retail has a making component or the tenants want to be near their designers, Industry City Chief Executive Officer Andrew Kimball recently told CO. Asking retail rents are $35 per square foot and the leases range from five to 10 years.

In August 2013, a partnership consisting of Belvedere Capital, Jamestown and Angelo Gordon bought a roughly 50 percent stake in the property from longtime owners Cammeby’s International and FBE Limited.

An IC spokeswoman said the lease was not signed and declined to comment on the venue.