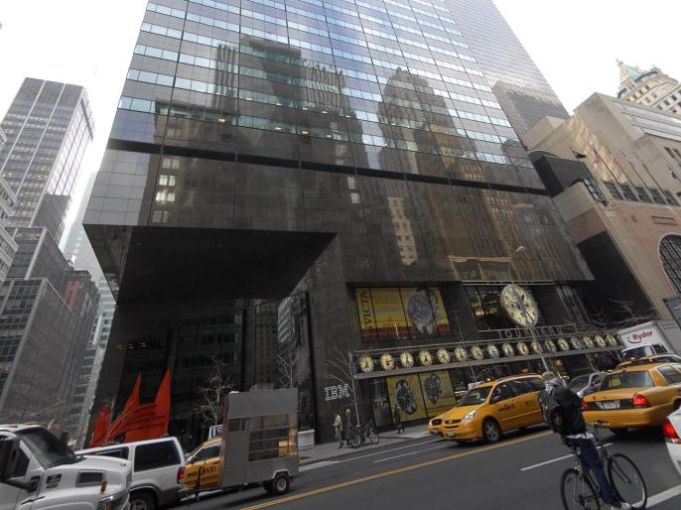 NASCAR is parking its offices around the corner at 590 Madison Avenue between East 56th and East 57th Streets.

The auto-racing organization signed a new 10-year, 14,077-square-foot lease to relocate on the 40th floor of the 43-story office building owned by pension fund State Teachers Retirement System of Ohio, as Crain’s New York Business first reported. The asking rent in the deal was $150 per square foot.

NASCAR is moving from 65 East 55th Street between Park and Madison Avenues, where its rent was $90 per square foot but was set to rise much higher if it renewed its lease, according to Crain’s. NASCAR will be moving into the property in early 2016, Jeff Sussman of Minskoff Equities, which handles the property’s leasing and management, told Commercial Observer.

Patrick Heeg of JLL represented NASCAR in the deal. Mr. Heeg was not immediately available for comment.

The pension fund that owns the Plaza District office tower is looking for financing of up to $650 million for the building, as CO previously reported.

Renovation of the 1-million-square-foot building’s lobby was completed earlier this year. And in April, Aspen Insurance renewed and expanded its lease at 590 Madison Avenue to 72,327 square feet. Other tenants in the building include UBS, Morgan Stanley and Bain Capital, the private equity firm that once employed Mitt Romney.