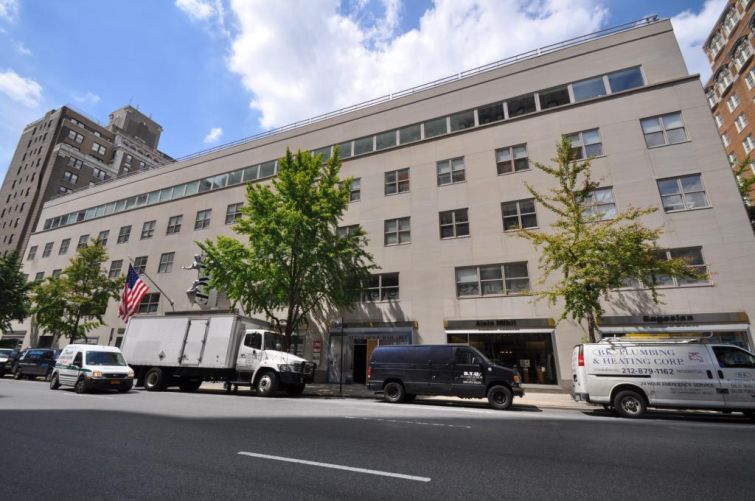 Fashion designer Morgane Le Fay is trimming space on the Upper East Side.

The retailer founded by Liliana Casabal signed a 10-year lease for about 2,900 square feet of space to relocate in RFR Realty’s 980 Madison Avenue, which is between East 76th and East 77th Streets, according to RFR. Morgane Le Fay will move from its current 4,000-square-foot space on the south side of the building’s lobby, to the new space on north side of the ground floor and lower level. Asking rent in the deal was $975 per square feet.

The brand, which has been worn by the likes of Kim Kardashian, will move into the new space after its current lease expires in September 2016, and following a build-out. The new space is divided into a 1,500-square-foot ground floor space and 1,400 square feet on the lower level of the six-story, 131,000-square-foot building.

“Because the market has changed—it’s more expensive. She right-sized her space,” RFR’s Jordan Claffey, who represented the landlord in the transaction, told Commercial Observer.

Morgane Le Fay, which is known for bridal gowns, has been located in the building for six years. Mr. Claffey said rents above East 72nd Street on Madison Avenue have risen about two and a half times in five years. He declined to cite the tenant’s current rent as did Susan Penzner of Susan Penzner Real Estate, who represented the tenant with colleague Nathan Stange.

“She had more space than she needed and there were some drawbacks to the space, too, like there is an elevator in the middle of the space and it would have been expensive to take it out,” Ms. Penzner said. “This is perfect, because her customer base wouldn’t have to look far for her.”

Morgane Le Fay shares the building with a retail outlet for fashion designer Rebecca Taylor. Also, the Gagosian Gallery renewed a lease of more than 50,000 square feet on the fourth, fifth and sixth floors for 10 years in 2011, as CO reported at that time.

Besides the Upper East Side outpost, Morgane Le Fay has two other locations in the city. The company is headquartered in the Starrett-Lehigh Building at 601 West 26th Street, and has another retail outlet at 464 Broome Street.

RFR hired RKF to lease Morgane Le Fay’s current space, which consists of 1,975 square feet on the ground floor and 1,855 square feet in the lower level. RKF’s Beth Rosen and Jackie Totolo are representing the space.