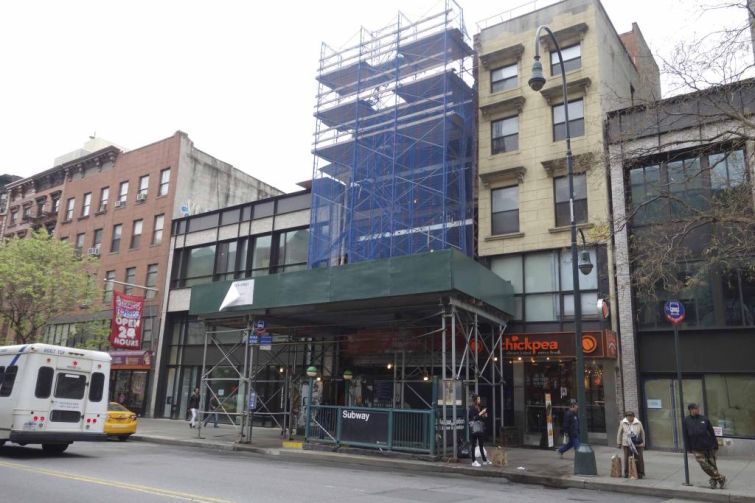 The medical marijuana business is starting to bud in New York City, and Manhattan has its first dispensary.

Columbia Care NY, which will be growing marijuana in Rochester, has inked a five-year deal at 212 East 14th Street for one of the two dispensaries the state has granted on the island. The company will be serving out prescription, non-smokable marijuana from 3,500 square feet at the building between Second and Third Avenues, according to brokers in the deal.

The site will feature a vault to store the weed, according to The New York Post, which first reported news of the deal.

Manhattan will have two dispensaries in total, Queens another two and one in the Bronx, as Commercial Observer reported last month. The state legislature made medical marijuana legal last year, and it can officially be sold at the start of 2016.

Columbia Care NY was one of the five companies awarded a license to sell the oil-extract form of marijuana, which can either be consumed through vapors or a pill. Fellow winners PharmaCann will open a facility in the Bronx at Hunts Point and Empire State Health Solutions will set up shot in the Queens Center Mall, according to the Post.

The building’s proximity to medical clinics and mass transit played a key role in selecting the location, the brokers said. Since most of the consumers are gravely ill and used the substance to ease pain, access to the subway and patients’ doctors was a must.

In order to be approved for a license by the state, applicants had to either have a signed lease for a dispensary or a letter of intent, Mr. Dubin said. Columbia Care NY was able to get a full lease locked down a week before the licenses were approved—a two-week turnaround from when it started looking for a space.

“This was the quickest deal I’ve done in my career,” Mr. Dubin said. “The landlord was very comfortable with the use.”