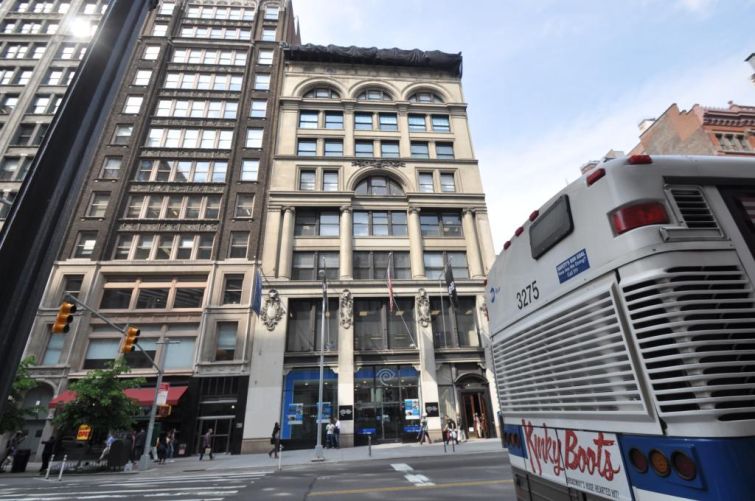 Eataly is gobbling up 14,000 square feet of 43 West 23rd Street for the food hall’s offices in a move within the Flatiron District.

The company is expanding its size by 11,000 square feet from its offices at 45 West 20th Street, according to The New York Post. Eataly, which opened its sprawling food hall in 2010, is taking the space for 15 years.

The deal closed last Friday, according to the Post, and the asking rent was $70 per square foot. By relocating three blocks north to the 108,566-square-foot building between Avenue of the Americas and Fifth Avenue, Eataly is now across the street from its Italian market at 200 Fifth Avenue between West 23rd and West 24th Streets.

“The immediate proximity to Eataly’s retail location on Fifth Avenue, coupled with a newly renovated lobby, brand new infrastructure and two points of access on 23rd and 24th Streets, made a move to the Castro Building extremely attractive for the company,” Mark Boisi said in a statement via a spokesman.

Getting Eataly into the space was partially delayed because of ongoing disputes at 4 World Trade Center, where the company is opening a 41,000-square-foot market. The Port Authority of New York & New Jersey and retail manager Westfield were at odds over the condition of the space until earlier this month. But a new agreement has allowed for construction to begin at the Downtown skyscraper.

The 4 WTC Eataly is now going to open in the first half of 2016, a spokeswoman for the food hall told the Post.

These sprawling retail spaces that house unique vendors have become prominent all over the city, and are about to become even more so. Restaurant mogul Danny Meyer, the man behind Shake Shack, is in talks to open a food hall at 10 Hudson Yards—the Far West Side office tower that will house Coach, SAP and L’Oreal. And Commercial Observer reported in May that celebrity foodie Anthony Bourdain is eyeing a 100,000-square-foot concept at Pier 57, which is being developed by RXR Realty and YoungWoo Associates.

Impacts from a place like Eataly have had rippling effects on a neighborhood, brokers said at a CBRE market briefing last month. For the Midtown South area immediately area where Eataly sits, the brokerage reported rents have increased by 200 percent.

Update: This story was edited to include a quote from the landlord’s broker.