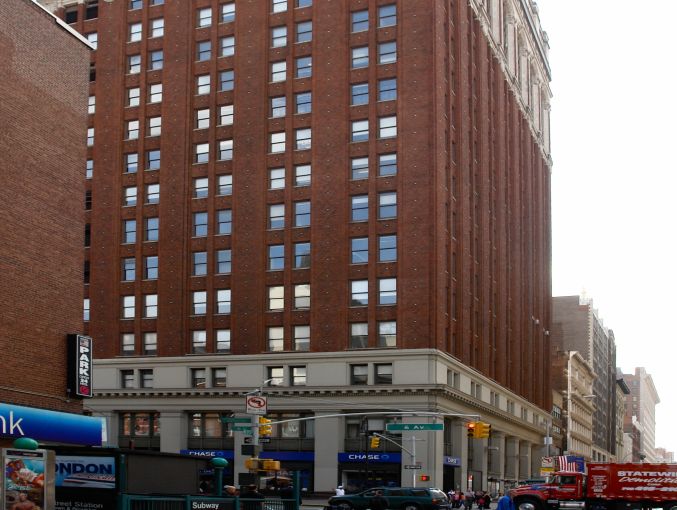 Mohawk Industries, which maintains its New York commercial carpeting showroom at the Masonic Building at 71 West 23rd Street, has decided to stay put for another five years, Commercial Observer has learned.

City Connections Realty‘s Herb Goldberg represented the landlord, Trustees of the Masonic Hall and Home, along with City Connections Founder David Schlamm. The brokers did the renewal deal direct with Mohawk, which occupies 13,000 square feet spanning the entire 18th floor, Mr. Goldberg said. The asking rent on the upper floors is in the mid-$60s per square foot.

In the fourth quarter, the top floor (the 19th) will come on the market for the first time in 20 or 25 years, Mr. Goldberg said, as multiple tenants move out. The asking rent for that 13,000 square feet of space will be in the high-$60s per square foot, Mr. Goldberg said.

Other tenants in the building, which spans the entire corner of Avenue of the Americas from West 23rd to West 24th Streets, include nonprofit Help/PSI, software technology platform Turn, yoga center Yoga Shanti, J.M. Kaplan Fund and Art Department, which represents photographers and artists.

Built in 1912, the 243,200-square-foot building at 71 West 23rd Street contains office space, banquet and meeting rooms, commercial space and many rooms used for Masonic purposes, including the two-story Grand Lodge with a custom organ and a plush and elaborate décor.