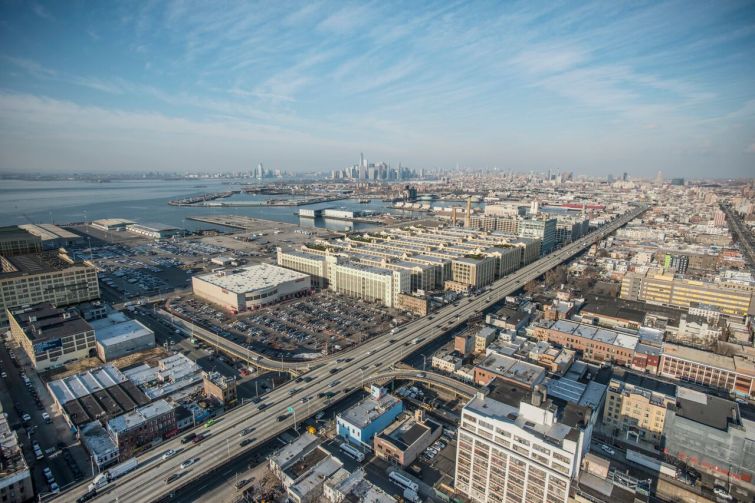 It’s time for a move to Brooklyn.

Time Inc. announced today it is moving more than 300 employees from its technology, content solutions and editorial innovation departments to the Industry City complex in the Sunset Park neighborhood of Brooklyn.

The media giant has signed a 15-year lease for 55,000 square feet in the 16-building, 6-million-square-foot complex owned by Belvedere Capital, Jamestown and Angelo Gordon. Industry City rents range from $15 to $35 per square foot, according to an Industry City spokeswoman, and Time is slated to move in December after remodeling the space.

Time’s departments and a team working on a new website publication focused on cars called theDRIVE will join more than 400 companies already existing in Industry City.

“We are excited that our talented technology, advertising and creative teams will become a part of Industry City’s revitalization,” Joe Ripp, Time’s chief executive officer, said in prepared remarks. “This environment—known as an ‘innovation and manufacturing district’—is an ideal space for building new products, reimagining content creation and developing advertising solutions.”

The news of the Brooklyn move comes two months after the media company announced it was relocating its headquarters to 225 Liberty Street in Lower Manhattan from the Time & Life Building at 1271 Avenue of the Americas, where it has operated since 1959.

Time will occupy two floors with 25,000 square feet each for its innovation, technology and content solution departments. TheDRIVE employees will be housed in a 5,000-square-foot ground-floor car showroom. The new car-focused site will launch in the fall.

Industry City houses a wide mix of tenants including The Brooklyn Nets, furniture and accessories retailer Design Within Reach and 3-D printing company MakerBot among other tenants.

The owners hope to bring more companies there with a $1 billion plan to revitalize the waterfront property.

“This move is further proof that Industry City is at the forefront of New York’s technology and innovation boom and is the location where start-ups as well as major firms like Time Inc. want to grow together in a unique innovation ecosystem,” Andrew Kimball, the CEO of Industry City, said in a press release.