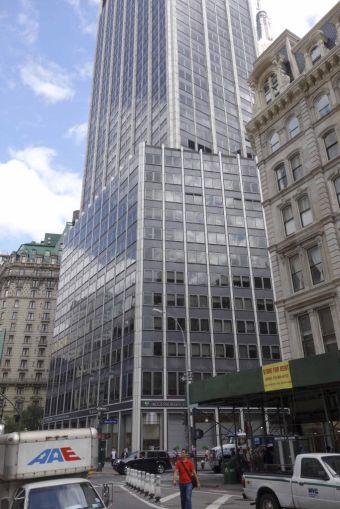 Pop quiz: Who just took the majority of a floor at 1250 Broadway?

Testing center Prometric is opening its fourth center at the Koreatown building between West 31st and West 32nd Streets. The company, which has locations in Midtown East and 1 Penn Plaza, has signed a deal for 11,628 square feet on the 25th floor, according to The Wall Street Journal.

The lease is for 10 years, per a spokeswoman for landlord Jamestown. Asking rent in the building was not immediately available.

“New York City serves as one of our centerpiece locations for Prometric’s MegaCenter testing model, which provides the best quality experience for individuals taking high stakes exams,” said Charles Kernan, the company’s chief operating officer, in prepared remarks. “When you consider the number of people who are served by doctors, teachers, accountants and many other highly specialized professionals, you gain an idea for the importance of the testing services Prometric brings to the City of New York and the value of our locating those services in an accessible and featured space.”

Prometric, which administers tests for licensing or certification as well as develops tests, is slated to open at 1250 Broadway this September, according to CoStar.

Mitch Arkin, Justin Royce and Adam Nelson of Cushman & Wakefield represented Jamestown, while Jonathan Schindler and Jamie Smith of DTZ represented Prometric. A C&W spokesman did not immediately return a request for comment.

Michael Phillips, the president of Jamestown, said in a press release that the landlord has been able to capitalize on bringing tenants such as advertising company Rocket Fuel and Korean restaurant Gaonnuri to the building based on its proximity to Penn Plaza and NoMad.

“Today, more companies continue to view Nomad as an exciting location for business because of its easy access to major transportation hubs, as well as the growing array of restaurants, shopping and hotels in a dynamic neighborhood,” Mr. Phillips said in prepared remarks.