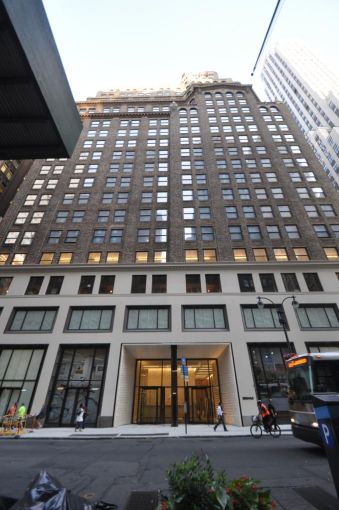 The bank signed a lease for 3,500 square feet at 285 Madison Avenue at the corner of East 40th Street, said Jordan Claffey, the head of retail leasing for landlord RFR. Asking rent in the 10-year deal was $450 per square foot.

“The bank is already our partner and tenant in 345 Park Avenue South,” Mr. Claffey told CO. “It really was the ideal tenant in the ideal category we had been pursuing all along. I think this Grand Central submarket is on fire. I think this building’s one of the best buildings in the submarket.”

Its the third recent lease RFR has signed to the building, which it bought in 2012 and overhauled the entire building. In June, CO exclusively reported that The Benjamin Group leased 9,020 square feet for a yet-to-be-named restaurant in the building. Taylor Street Baristas, a London-based coffee house, also signed a deal for 1,040 square feet in the building for its first location stateside.

By signing Banco Popular, which will take the corner retail spot, RFR has about 5,400 square feet of retail space still available in the building, Mr. Claffey said.