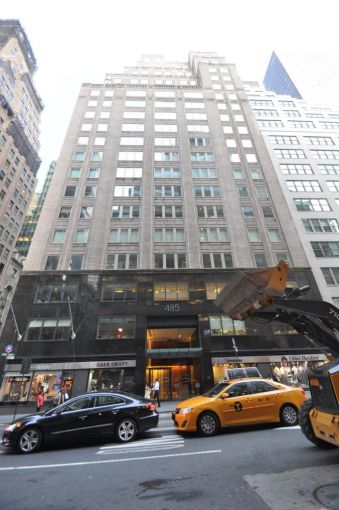 New York Midtown Orthopedics is consolidating its offices to an entire floor of 485 Madison Avenue, Commercial Observer has learned.

The medical practice inked a deal for 16,000 square feet on the eighth floor of the Jack Resnick & Sons building, according to a source familiar with the deal.

Asking rent was $55 per square foot, according to the source.

Mr. Brady, via a spokeswoman, said the new tenant was a popular practice, and was drawn to the location’s proximity to mass transit. A JLL spokesman did not immediately return a call for comment.

It won’t be the only medical office in the building, since David B. Samadi, M.D. chief of robotics and minimal invasive surgery at Mount Sinai School of Medicine, leases 8,179 square feet on the 21st floor, as CO has previously reported. Accounting and advisory firm Janover moved into the building earlier this year, after it inked a deal last October for more than 14,000 square feet.