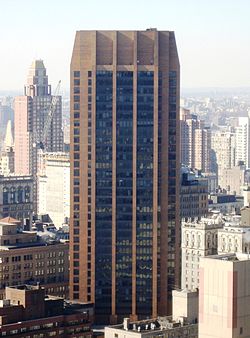 Mega publisher Houghton Mifflin Harcourt has inked a deal to expand at 3 Park Avenue and relocate its New York headquarters to the 41-story building, Commercial Observer has learned.

The company signed a 12-year lease for 55,000 square feet to take the entire 21st and 24th floors, along with half of the 18th floor of the building between East 33rd and East 34th Streets, according to landlord Cohen Brothers Realty Corporation. The asking rent was $63 per square foot.

It’s the second lease the textbook publisher has signed at the 600,000-square-foot building in the last year. In December 2014, the company signed a 12-year lease for 35,000 square feet for the whole 19th floor and the other part of the 18th floor, according to the landlord.

No one has moved in yet, But Houghton Mifflin Harcourt will start moving into the Midtown tower from 215 Park Avenue South between East 17th and East 18th Streets at the start of next year.

“You’re adding a great name, great tenant to an already existing roster of great names and great tenants in the industry and many industries,” Marc Horowitz of Cohen Brothers Realty Corporation, who represented the landlord in-house, told CO. “I think they fit right into the family at that building.”

David Glassman and Joseph Cabrera of Colliers International represented the tenant. The brokers were not immediately available for comment.

Return Path, a data analytics firm, signed a deal last October for 23,000 square feet, as CO previously reported. Coffee table book publisher Assouline in April announced it would move into 10,000 square feet on the 27th floor of the building.