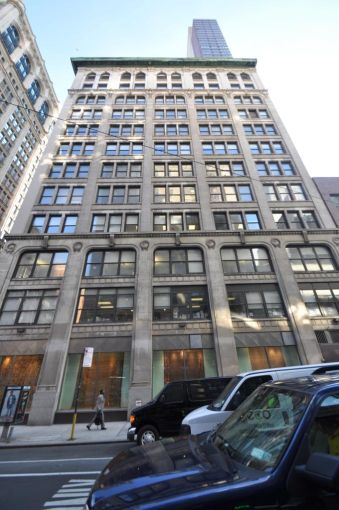 Poliform USA, a modern-style furniture-maker and kitchen designer, has inked a deal for a new showroom at 112 Madison Avenue, according to brokers in the deal.

The stateside operation of the Italian-based Poliform signed a 15-year lease for 10,000 square feet at the Samco Properties’ building, according to EVO Real Estate Group. In the space, which includes the basement, ground floor and mezzanine level, Poliform USA will be able to showcase products that include full-wall bookcases and simplistic tables.

“It was one of the best opportunities on Madison Avenue,” said EVO’s Elliot Klein, who represented the tenant, in prepared remarks. By that, Mr. Klein said Poliform USA was drawn to the building’s street traffic, its high ceilings and its prime spot at the corner of Madison Avenue and East 30th Street.

Asking rent in the deal was $100 per square foot, according to The Real Deal, which first reported news of the deal.

Poliform USA will assume the space this November, but the showroom won’t open until June 2016. The furniture-maker also has a 16,000-square-foot showroom at 150 East 58th Street between Third and Lexington Avenue.

Adam Smith of Samco, who represented the landlord in-house, declined to comment through his daughter.

Inter Parfums in May 2014 signed a lease for 7,500 square feet on the top floor of the 97,000-square-foot 112 Madison Avenue, as Commercial Observer previously reported. Other tenants include law firms Budin Reisman Kupferberg & Bernstein, Segan, Nemerov & Singer  accounting firm Want & Ender, which each occupy about 7,500 square feet, according to CoStar.