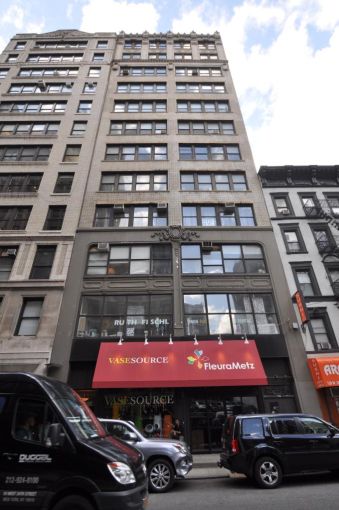 Eponym, an eyewear company for brand-name retailers such as Steven Alan and Anthropologie, has taken a full floor of office and showroom space in Midtown South, Commercial Observer has learned.

The glasses designer and manufacturer moved from Williamsburg to 4,500 square feet at 141 West 28th Street between Avenue of the Americas and Seventh Avenue, according to the tenant’s broker. Asking rent in the five-year deal was in the low-$40s per square foot.

There are currently 15 employees working at Eponym, but the company is planning to expand in the coming years and needed a space to accommodate the growth, said Jonathan Wasserstrum of TheSquareFoot, who represented the company in the deal.

Eponym opted for Midtown South to be closer to similar startups, as well as a transit-friendly location that’s accessible for potential corporate glasses buyers. The company was previously located at 85 North 3rd Street between Wythe Avenue and Berry Street.

“They needed to be in one location that tech companies wanted to be in, but because they have a showroom they wanted to be close to transportation as well,” Mr. Wasserstrum told CO. “[Buyers] can visit and look and touch and see and feel.”

Mark Moskowitz of Argo Real Estate, who represented the landlord in-house, did not immediately return a call for comment.