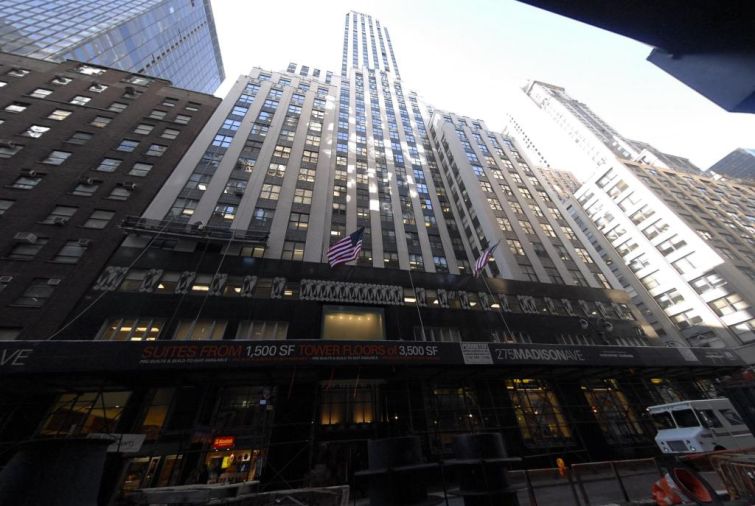 The drug-maker expects to move in by September after renovating the space on the seventh floor of the landmarked 43-story tower located between East 39th and East 40th Streets, which has a total of 329,000 square feet. The lease is for seven years, according to CoStar.

Relmada is relocating and expanding from its address on the 14th floor of 546 Fifth Avenue between East 46th and East 45th Streets. The asking rent in the 275 Madison Avenue deal was about $60 per square foot, according to an RFR spokesman.

Mitchell Kunikoff and Seth Rosen, Jr. of Lee & Associates represented Relmada, while RFR was represented in-house by AJ Camhi and a team from JLL led by Mitchell Konsker.

RFR recently completed a revitalization of the Art Deco building, which earned New York City landmark status in 2009. The renovation included a restoration of the lobby, elevator modernization and HVAC system upgrades, as Commercial Observer previously reported. RFR would not disclose the cost of the renovations.

A number of new leases have been signed in the building within this year, which brokers have attributed to the renovations.

“Leasing velocity at 275 Madison Avenue continues to be brisk on the heels of the completion of RFR’s capital improvement program there,” Mr. Konsker said in prepared remarks. “We welcome this most recent class of tenants, several of whom signaled their confidence in the building by opting to renew leases there.”

Earlier this year, E-commerce firm Brandshare signed a lease for a 3,918-square-feet space on the 13th floor, and in March, RFR announced the signing of a combined 13,500 square feet for tenants Law Offices of Tacopina & Seigel, EnGeneIC, OPAD Media Solutions, and Ezra Klein Realty LLC. Other tenants in building include Expedia.com and Cushman & Wakefield.