Crave Fishbar Swimming Into Brother Jimmy’s Space on the UWS 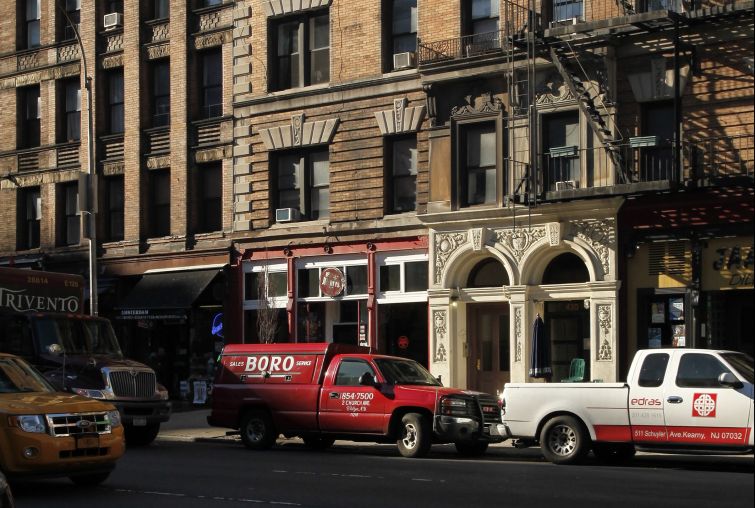 With Brother Jimmy’s BBQ chain out of its digs at 428 Amsterdam Avenue between West 80th and West 81st Streets, Midtown’s Crave Fishbar will be opening an outpost at the Upper West Side location on Nov. 1, Brian Owens, the co-founder of Crave Fishbar, told Commercial Observer.

The new Crave Fishbar, which will offer $1 oysters at happy hour like the eatery does at 942 Second Avenue at East 50th Street, will occupy 1,900 square feet at the base of the five-story apartment building, Mr. Owens said. Plus, the eatery will have a kitchen and office in the 1,500-square-foot basement.

“We’re a neighborhood seafood restaurant,” Mr. Owens said. “Residential is a big part of our business. The Upper West Side—you can’t get any more residential than that.”

Crave Fishbar assumed the last 12 years of Brother Jimmy’s BBQ’s lease in a below-market deal, Mr. Owens said, declining to reveal the rent and key money paid. According to public records, however, Crave Fishbar paid $207,000 in key money and has a monthly rent of $20,816.45.

The Upper West Side eatery will have an oyster bar and seafood restaurant. Crave Fishbar sells 2,000 oysters a day at its East Midtown location, which Mr. Owens opened in 2012 after the 2008 deadly crane collapse caused the closure of his Crave Ceviche Bar across the street.

Before opening on Amsterdam Avenue, Crave Fishbar is doing a full gut renovation of the space to the tune of seven figures. On Wednesday, Mr. Owens went before the local community board seeking a liquor license transfer. He said it was unanimously supported.

Brandon Eisenman of RKF represented Crave Fishbar in the deal. There were no other brokers in the deal, Mr. Owens said. A spokesman for RKF didn’t immediately respond to a request for comment. The landlord, 420-428 Amsterdam, led by Matt Cohen, bought the building for $5.3 million in 1997, CoStar indicates. Mr. Cohen wasn’t immediately reachable for comment.