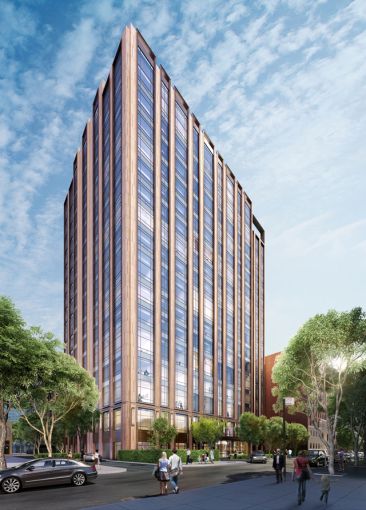 The borrowers purchased the former Cabrini Medical Center at 224 to 228 East 20th Street and 209 to 225 East 19th Street in May of 2013 for $152 million from S.K.I. Realty, an affiliate of Memorial Sloan Kettering Cancer Center.

Once completed, the development, known as Gramercy Square, will house 223 luxury condos throughout four buildings connected by a private garden and wellness pavilion. One of the buildings is being constructed from the ground up, while the other three are being redeveloped.

Memorial Sloan-Kettering bid on the five buildings that comprised Cabrini Medical Center at an auction in January of 2010 and closed the $83.1 million sale in October that same year, public records show.

Cabrini Medical Center closed in 2008 and filed for Chapter 11 bankruptcy in 2009, according to published reports.