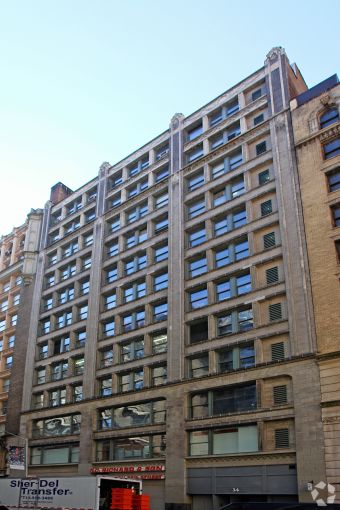 Aruliden, a consulting firm that focuses on brand strategy and product design, is keeping its full-floor lease at 30 West 24th Street in the Flatiron District, Commercial Observer has learned.

The company, which has done work with BMW, Microsoft and Budweiser, has inked a nine-year renewal for 5,625 square feet on the ninth floor, according to Adams & Co., which represented both Aruliden and landlord Twenty Three R.P. Associates.

“To accommodate a growing client base, Aruliden required a comparable location in New York to reflect the company’s global approach and creative attitude,” said Adams & Co.’s James Buslik, who worked on the deal with colleague Alan Bonett, in a statement. “The full-floor space at 30 West 24th Street serves as a central location in the Flatiron District, fostering the growth of the innovative brand and its impressive array of clients.”

Aruliden is paying $59 per square foot, according to the brokers.

Aruliden first moved into the building between Fifth Avenue and Avenue of the Americas in 2011 for five years, according to CoStar. But it isn’t the only tenant that takes up a full floor of the 71,000-square-foot building. Twins Tyler and Cameron Winklevoss of Facebook, Olympic and Bitcoin fame, inked a deal in August 2012 for the entire fourth floor of the building for their venture capital firm, Winklevoss Capital Management, as The New York Post reported.