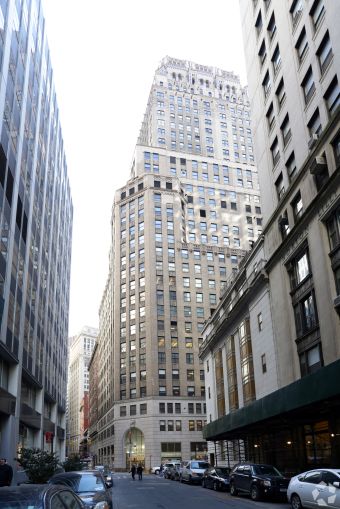 The Committee for Hispanic Children & Families is moving to 75 Broad Street, Commercial Observer has learned, to 9,429 square feet on part of the sixth floor.

Asking rent in the 10.5-year deal was $43 per square foot, according to CoStar and a person with knowledge of the deal. The agency will be moving from a 14,000-square-foot sublet at 110 William Street to its new digs around October.

Scott Sloves and Rob Wizenberg of CBRE represented the tenant and Frank Cento from Cushman & Wakefield worked on behalf of the landlord, JEMB Realty. Spokesmen for CBRE and C&W didn’t immediately respond to a request for comment.

Built in 1927 between South William and Beaver Streets as the headquarters of ITT Corp., one of the first international telephone and telegraph giants, the 33-story 675,000-square-foot 75 Broad Street has undergone $40 million in upgrades since JEMB purchased the building in 1999. Other tenants include Horsham, Pa.-based Fortune 100 home builder Toll Brothers, Millennium High School, NorthSouth independent TV producers, AT&T Services and Internap Web hosting company.

The Committee for Hispanic Children and Families uses education and advocacy to increase opportunities for children and families, and strengthen the voice of the Latino community.