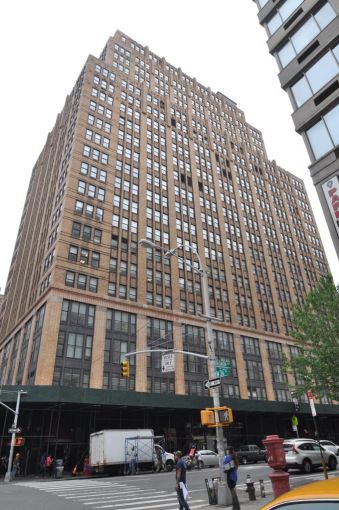 ClassPass, which forms a network of online fitness classes, inked a deal for 28,019 square feet, or the whole 11th floor, of the building between West 25th and West 26th Streets, according to landlord representative CBRE. MaxPoint Interactive, a digital advertising company, signed a lease for 10,044 square feet on part of the 17th floor.

Mr. Zimbalist declined to provide terms of the lease, but said asking rent in the base of the 27-story building is $63 per square foot.

A Savills Studley spokeswoman said the brokers were not immediately available for comment.

ClassPass is moving from 114 West 26th Street (around the corner from its new location). Mr. Someck said in a statement via a spokeswoman that the company had been rapidly expanding from 25 workers in 3,000 square feet.

“It was clear they were quickly outgrowing every space that we initially identified until we settled on this entire floor of 28,000 square feet, which allowed them to accommodate their current and future growth,” Mr. Someck said.

MaxPoint Interactive is leaving 505 Eighth Avenue between West 35th and West 36th Streets. Both are slated to move into 275 Seventh Avenue by the end of the year, according to CBRE.

Tishman Real Estate Services has spruced up the 87-year-old building, Mr. Zimbalist said, including upgrades to the lobby that “pays homage” to the original Art Deco design. Other upgrades have been focused on luring tech or creative tenants with open floor plates and pre-built spaces.

It’s drawn the likes of Gameloft and FreeWheel Media, another digital advertising firm, which is in 19,000 square feet on the 24th floor.