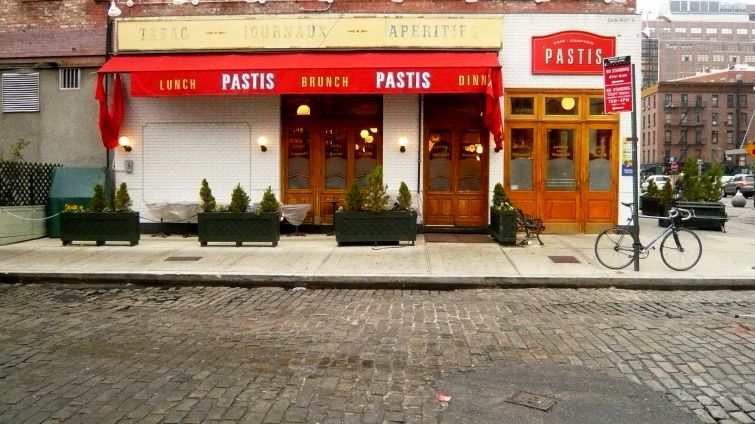 Forty-four construction companies are calling for greater safety efforts at construction sites in the U.S. during the second annual Safety Week, which kicks off in New York City at the site of Hudson Yards, and runs this week through Friday. Safety-related events ranging from fall protection to truck safety to heatstroke training to distracted-driving prevention, will be held around the country for members of the construction industry.

“They will draw attention to the little details of everyday work—and the major commitment to safety—that help ensure they are protected from injury,” according to a release from the consortium.

At Monday morning’s event, as Commercial Observer went to print, executives from Skanska, Lend Lease and Limbach were slated to address the issue at the corner of West 33rd Street and 10th Avenue.

The companies’ efforts come after a string of construction worker fatalities in the city this year.

New York City data showed that accidents, injuries and fatalities rose for the first nine months of 2014 compared with the same period a year prior. The city’s Department of Buildings Commissioner Rick D. Chandler told Commercial Observer in February that it was because of “the significant increase in the number of permits being issued.”

Indeed, the real estate market is on fire and developers are eagerly building. According to the New York Building Congress, construction spending in New York City reached $36 billion last year, a 26 percent increase from 2013’s $28.5 billion. At the same time, construction employment rose to 122,975 jobs in 2014, up 22,000 from 2013, and the highest since 2008.

Mr. Chandler, who last month announced a new initiative to help stalled construction projects get back on track, previously assured that cranes were more secure in New York City than they were five to 10 years ago.

On a national level, construction deaths in the private construction sector dropped 36 percent to 796 between 2006 and 2013, according to September 2014 data from the U.S. Bureau of Labor Statistics, the most recent data the agency has available.

Charlie Bacon, the co-chair of Safety Week and chief executive officer of Philadelphia-based Limbach Facility Services, said the event is necessary because the fatalities number is not zero.

“We have an opportunity to eliminate workplace injuries. I believe that,” Mr. Bacon said.

In response to Safety Week, a spokesman for the DOB said: “After just having hosted another successful and sold-out Build Safe | Live Safe Conference for industry professionals, the department is encouraged to see developers promoting construction safety. We continue to make our safety experts available throughout the year through seminars and other engagements to advise construction professionals on accident trends and promote best safeguarding practices.”

Walter Reuter, a senior superintendent at CNY Construction, said Safety Week, in which he is not involved, brings to the forefront the importance of safety on the job.

“It brings the awareness where people get lackadaisical,” he said. “The workers get lax. If you keep it in front of them, they stay focused on safety.”

Fatalities, and even injuries, Mr. Reuter said, come as a result of workers cutting corners.

“A fatality is usually caused by somebody taking a short cut, not doing something proper,” he said.

That is exactly the issue Safety Week hopes to address.

“I can’t speak to what’s going on in New York,” said Mr. Bacon, “but the whole point of the program and this week is to continue to wake up people—take your time, think about what you’re going to do before you do it. Don’t take a chance. Don’t cut a corner.”