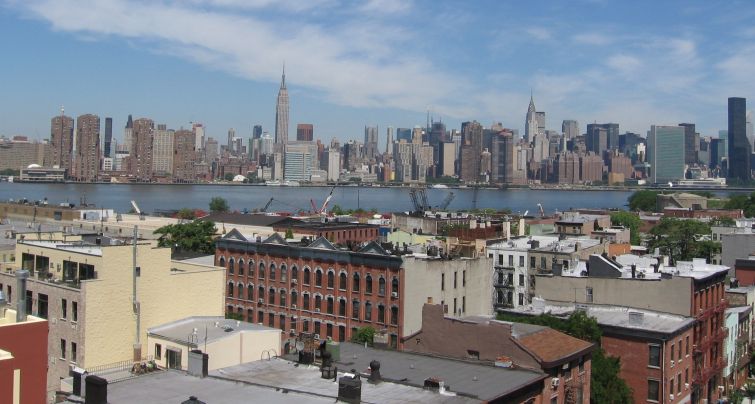 CIT Real Estate Finance provided $57.5 million in financing to a partnership between the Brooklyn-based real estate firm RedSky Capital, the London-listed private equity fund JZ Capital Partners, and other investors to refinance a property along the Brooklyn waterfront in Greenpoint. The deal allows for a residential development with a retail component when leases expire within the next two years.

The senior secured land loan was originated by New York-based CIT Bank, according to a press release from the lender. The debt, which carries a term of two years with a one-year extension option, serves as a bridge loan until construction financing can be put in place.

The JV partners plan to develop a 40-story residential tower at the site once the HBO and CBS leases expire in August 2015 and March 2016, respectively.

Plans for the project include both market-rate and affordable apartment units and 100,000 square feet of ground-floor retail space. The site has been zoned to allow for the development of 652,049 square feet of residential and retail space in total.

“This site offers the opportunity to develop a new landmark residential and commercial building in one of the most up-and-coming areas of Brooklyn and all of New York City,” RedSky Principal Benjamin Bernstein said in the release. “With forever-unobstructed views of Manhattan, an East River ferry stop and a short walk to the subway, this site’s future development promises to create very desirable residential and commercial opportunities in a thriving area of Brooklyn.”

“Brooklyn continues to be among the most in-demand locations for young professionals, and waterfront properties have additional prestige above and beyond that of typical new construction,” Meggan Walsh, deputy group head and managing director of CIT Real Estate Finance, said in the release.