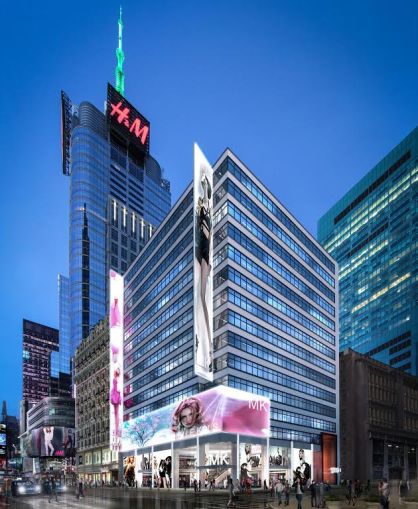 Office-sharing behemoth WeWork, which has been eating up real estate all over New York, has signed a 19-year lease for all of 1460 Broadway’s 180,000 square feet of office space near Times Square.

According to The New York Post, the lease for the space between West 41st and West 42nd Streets, formerly occupied by Skadden Arps’ back office, was signed on March 31. The paper noted that while asking rents for the deal were not disclosed, rents at the office range from the high $50s to the mid-$60s per square foot.

“This lease signing was executed with perfectly orchestrated synchronicity,” said principal Stephen Meringoff in prepared remarks.  “We are thrilled to be able to accommodate WeWork at its first Times Square location, one of its largest in New York City.”

WeWork, which last December signed a lease at 205 East 42nd Street in Midtown East, did not immediately respond to a request for comment.

Last month, Commercial Observer sat down with WeWork co-founder Miguel McKelvey who said companies that settle in its Midtown locations tend to have “more of a mature membership base.”

Mr. McKelvey also said that when looking for locations to expand, “convenient transportation is a great component”; its new location at 1460 Broadway sits adjacent to the Times Square transit hub, the Port Authority Bus Terminal and Penn Station.

“If a location has good restaurants, coffee shops, good night life—that’s great but it’s not essential because we know that will follow as well,” he said. “We think we can do as much for the neighborhood as the neighborhood does for us.”