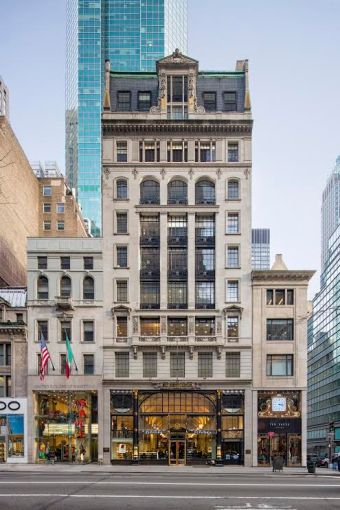 Two companies have taken a total of 12,728 square feet at the Charles Scribner’s Sons Building at 597 Fifth Avenue in two separate transactions, Commercial Observer has learned.

Bateleur Capital, a specialist fund management company, secured the entire 6,364-square-foot ninth floor at the property between East 48th and East 49th Streets. GCT Constructors, which was recently awarded a contract from the Metropolitan Transportation Authority to build the future Long Island Rail Road Concourse at Grand Central Terminal, has leased the entire fourth floor for a total of 6,364 square feet.

Asking rents for both spaces were in the low-$60s per square foot.

Thor Equities owns the property, which includes 59,570 square feet of office space across 12 floors. The building was constructed in 1913 as a home for Scribner’s Bookstore and was designated as a city landmark in 1982.

A spokesman for Thor declined to disclose the length of the leases.

“597 Fifth is a jewel in the crown of Fifth Avenue just below 50th Street, which has become the retail corridor’s new center of gravity, boasting an eclectic mix of stores and the highest amount of foot traffic in Midtown,” said Melissa Gliatta, the executive vice president of Thor, in prepared remarks.

Mr. Van Duyne could not be reached for comment.

“The building itself has oversize windows that I believe were handcrafted by an older process of glassmaking, pulling one’s imagination back to the wordsmiths of yesteryear housed at Scribners,” said Mr. Spiegel. “It’s such a charming building.”