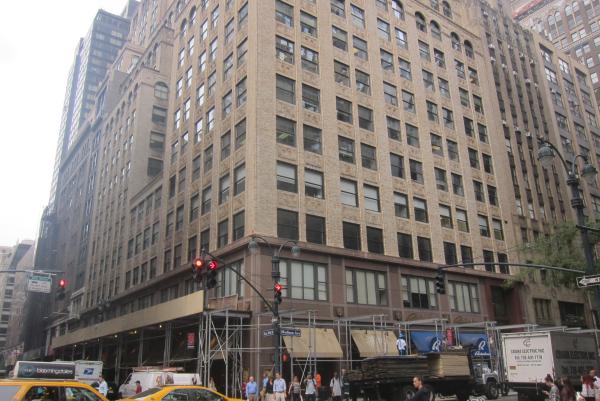 Drybar, the “blow dry bar” that began in Los Angeles and has since spread throughout Manhattan, is opening another salon, Commercial Observer has learned.

The company has signed a lease for 3,050 square feet at 270 Madison Avenue between East 39th and East 40th Streets, only blocks from Grand Central Terminal, according to a press release issued by ABS Partners Real Estate, which helped broker the deal. Asking rents in the 14-year lease were $125 per square foot. Drybar, which already has eight locations in Manhattan, is expected to open at the property this summer.

“With 60 feet of frontage along 39th Street, the retail space at 270 Madison Avenue met and exceeded Drybar’s expectations,” said Mr. Tergesen in prepared remarks. “The blow-dry-only salon was looking for a prominent storefront in Midtown that was minutes from Grand Central Terminal and easily accessible by busy New Yorkers and travelers alike.”

Navin Bhutani and Steven Greenberg of The Greenberg Group represented Drybar. Mr. Greenberg did not immediately respond to a request for comment.

With the lease signing of Drybar, the 20,100-square-foot retail portion of 270 Madison Avenue is now 100 percent leased; other tenants include Park Avenue Liquor Shop and Sarah’s Artisanal Kitchen, both of which opened last February.