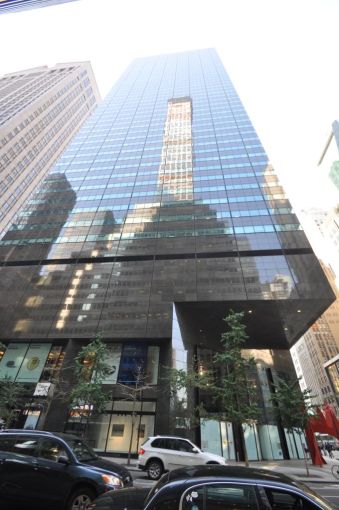 Aspen Insurance has renewed and expanded its lease at 590 Madison Avenue, Commercial Observer has learned, increasing its foothold in the building by one-third.

The insurance giant will go up to 72,327 square feet between three floors once the 15-year lease kicks in next year, according to a source familiar with the deal. Aspen Insurance will have a direct lease starting March 2016, as its previous sub-lease was expiring and the growing company wanted to expand.

Aspen Insurance currently occupies 24,109 square feet on each the sixth and seventh floors of the 43-story building between East 56th and East 57th Streets, according to the source. The new space, also 24,109 square feet, will be on the eighth floor.

Rents on the upper floors of the building can be in the mid-$100s per square foot, Crains New York Business reported in October.

A spokesman for CBRE would not comment and Mr. Sussman did not immediately respond to a request for comment.

The State Teachers Retirement System of Ohio, a pension fund, currently owns the building, but Edward J. Minskoff handles leasing in the 1-million-square-foot tower. Some of Aspen Insurance’s neighbors in the building include UBS, Morgan Stanley and Bain Capital, the private equity firm that once employed Mitt Romney.