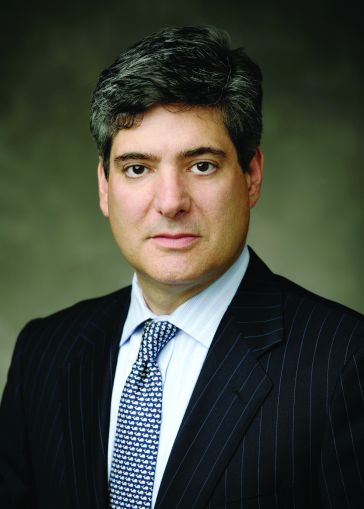 James Flaum, Morgan Stanley’s global head of commercial real estate lending, spoke with Mortgage Observer about doing big deals in New York, expanding in Europe, and the redeployment of bank deposits to help fuel his team’s business. The 53-year-old executive gave an in-depth look at his division’s growth in 2014.

Mortgage Observer: Where did you grow up and earn your degrees from?

Mr. Flaum: I was born in Teaneck, N.J., not too far from Manhattan. I went to the University of Michigan as an undergraduate, where I got my accounting degree in 1983. After graduating, I worked for Arthur Andersen in the firm’s tax department, while I got my M.B.A. in finance and taxation at night from New York University.

How did you get started in the real estate lending business?

I left Arthur Andersen in 1987 to join one of my clients, a small real estate private equity firm called the O’Connor Group. The real estate market crashed in 1990, so my first experience in real estate was seeing what happens during a crash. In 1993, we made an investment in a shopping mall in Florida and it was hard to get financing, so we went out and explored three markets: The life company market, the bank market and the newly started securitization market. We ended up choosing the securitization market and that became one of the first stand-alone CMBS deals.

Why did you join Morgan Stanley?

One of the executives I worked with at O’Connor was a friend of John Westerfield, who worked as a managing director here. John hired me in 1994 because of my experience running the CMBS process on the borrower side.

You took over as global head of commercial real estate last fall. Why were you picked for the role?

It was a natural progression. At the time, I was running the U.S. commercial real estate lending business and Steven Stern, the global business, so when he took over as head of lending risk across Morgan Stanley’s real estate business last fall, I moved up from U.S. head to global head.

What are the main criteria when it comes to the kinds of deals your team will do?

For us, it’s strong sponsorship with expertise in the asset class, equity at risk, and high-quality real estate. If it’s a loan that we are keeping on our books, we want to have control over it and make the decisions regarding servicing or we want to have a strong institutional partner controlling the loan.

What’s your sweet spot when it comes to markets and asset classes?

We tend to gravitate towards major markets for key relationships and we lend on all major property types. It’s a pretty broad business. We have our conduit business, which is $5 million loans to $200 million loans, and we do deals that are much larger. We do a lot of acquisition financing because a lot of our borrowers are looking for speed and certainty. The only thing we don’t do is construction lending, as of now.

What percentage of the commercial real estate business is CMBS vs. balance sheet?

It’s roughly 60 percent CMBS and 40 percent portfolio. We’ve had consistent leadership in this lending business for over 20 years, and if you look at our client base, more than 70 percent is repeat business.

How much has the business grown in the past year?

Last year, we originated $15 billion of loans, with $2.5 billion in Europe and $3.5 billion in New York. That was up from $9 billion globally in 2013. Our U.S. business increased 50 percent over the past year. This year we’re planning for a major push in Europe, as we continue to grow the U.S. business.

By deposits, we’re the 10th largest bank in the U.S. There’s a new emphasis on commercial real estate lending here, in part, by redeploying those deposits. We’re driven by our clients, our competency in the market and our access to that capital. Our securitization business has been steadily growing, so we wanted to also grow the portfolio business in a measured way. There’s a lot of acquisition activity right now, so the opportunity for us is significant.

What are the biggest deals your team closed in New York within the last year?