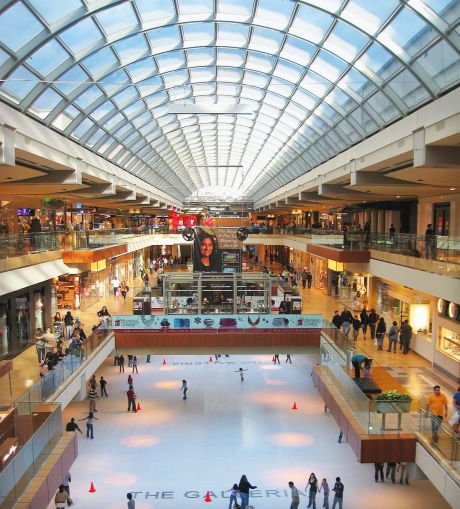 The Galleria in Houston, Texas.

The Galleria, a 2.3 million-square-foot mall that is Houston, Texas’ most visited attraction, has prepaid $821 million in debt at the start of an open prepayment period, Mortgage Observer has exclusively learned.

The CMBS loan that constituted a hefty portion of the debt—$290 million—was conservatively underwritten, with a 47.5 percent loan-to-value ratio and debt service coverage ratio of nearly 2.73, according to data from Trepp.

Indeed, in January, the CMBS data service had warned that “if this loan can’t refinance, the entire CMBS market will be licking its wounds in 2015,” as the “Wall of Maturities,” approached.

One mall down, many to go.

Since the loan’s securitization in 2005, Walton has exited the asset, a representative for the firm said, selling their retail portion in 2010 and their stake in the hotel portion in 2013, both to Simon.

Its unclear if the current ownership has yet refinanced the mall, though it would seem likely, a source with knowledge of the market told MO. Calls and emails to the representatives for the other borrowing entities were not returned.

The securitized portion of the loans made up 16.75 percent of the JPMCC 2006-CB14 deal and was set to mature in December of this year, per Trepp data. The interest-only mortgage had a rate of 5.4 percent.

According to loan documents, the mall boasts an indoor skating rink as well as 375 other stores, including a Prada—the only retail outlet for the Italian designer in all of Texas.

In February of this year, The Houston Chronicle reported that Simon was spending an estimated $250 million to revamp the luxury wing of the Galleria to retain top-shelf tenants.

While the rest of the market braces for the impact of the “Wall,” the Galleria finds itself in an enviable position. The mall commands the region in terms of ultraluxury retail, which is one segment of the market that’s remained relatively healthy.

“With rates being low across the board, any attempt to refinance [the mall] would be a smart move,” Mr. Barrie told MO.