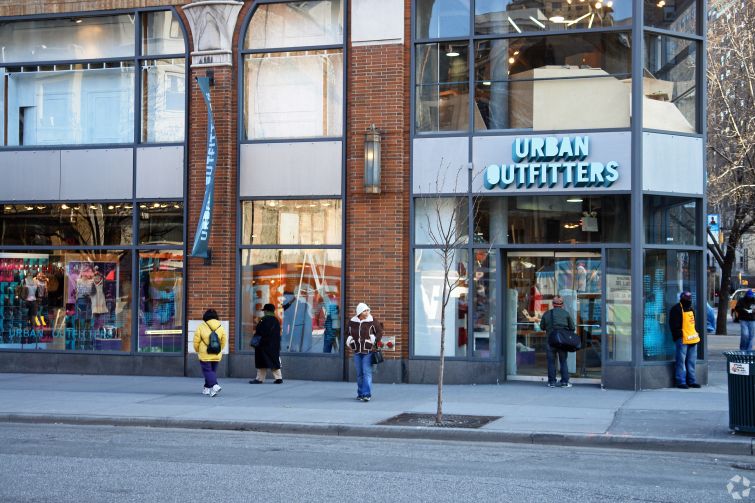 Say goodbye to Urban Outfitters on West 72nd Street and hello to Bloomingdale’s.

The department store has signed a 15-year lease for 24,985 square feet spanning three stories at 2085 Broadway and will take possession of the space when Urban Outfitters’ lease expires in July, a source with intimate knowledge of the deal told Commercial Observer. FedEx Office Print & Ship Center, which occupies 4,500 square feet on the ground floor in a space that once housed HMV‘s classical music section, will remain. The source suspects that price drove Urban Outfitters from the location.

Urban Outfitters assumed the lease assignment from HMV in 1999. Cushman & Wakefield‘s Gene Spiegelman and Michael O’Neill marketed the space on behalf of the owners, Stahl Real Estate Company and an investor group led by Peter Malkin. Mr. Spiegelman didn’t respond to a request for comment. George Graf and Dan Gronich of Newmark Grubb Knight Frank represented Bloomingdale’s in the deal.

The 50-50 joint venture between Stahl and the Malkin investor group wasn’t included in the roll-up and initial public offering of Empire State Realty Trust, at which Mr. Malkin is the chairman emeritus, because it isn’t a controlled property.

Update: This story was edited to include information about the new store from Macy’s, Inc.