By ‘Downtown’… What Do You Mean? 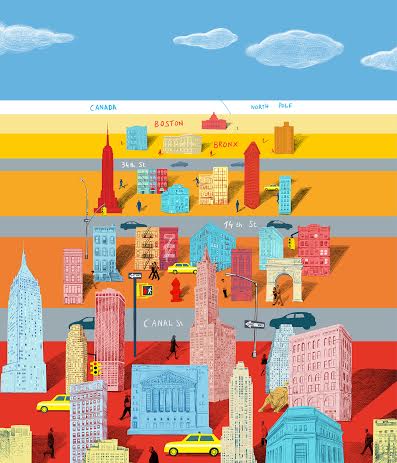 Is it 14th Street? Canal Street? Somewhere in between? It turns out that demarcating where Downtown begins is a mind-bending brain teaser, even for some seasoned New York real estate professionals. We posed the question to a handful of the most notable members of the city’s real estate community. Here’s what they had to say:

“Downtown today means different things to different people.  To some, it’s a geography for a tour.  To most, we hear it relates to a feel of neighborhood and building, and used to describe geographies as diverse as Brooklyn to Times Square South, Chelsea to the Empire State
Building, Tribeca to older buildings in FiDi.” -Anthony E. Malkin, Empire State Realty Trust

“Downtown is south of where you are standing.” -Douglas Durst, the Durst Organization

“I’ve lived in NYC my entire life and this has always been a subject of debate and perspective. For me, Downtown Manhattan starts on 14th Street. But for NYU students, for example, Herald Square is already Uptown Manhattan so their Downtown starts in Chinatown.” -Sergio Zuluaga, The Corcoran Group

“Downtown is where the streets get smaller and the parks get bigger. We’re witnessing the evolution from financial district to shopping destination and the ultimate live-work-play environment. Downtown offers something for everyone: the fashionista, the foodie, the fitness enthusiast, the art-lover, the sunset admirer.”-Dave Cheikin, Brookfield Property Partners

“Downtown is no longer defined by traditional borders. Neighborhoods as far north as Flatiron and NoMad in Manhattan, along with such trendy areas of Brooklyn as Williamsburg and Red Hook, have embraced a downtown lifestyle that is determined more by its residents than any
particular address.” -Melissa Gliatta, Thor Equities

“Downtown started with me the minute I got off the Staten Island Ferry. Growing up in Staten Island, I often took the ferry to New York City. When I got off the ferry Downtown, I was amazed by the skyscrapers and the vitality of the neighborhood, and I was instantly hooked on being a part of the city. If you ask me where Downtown’s northern border is, I would point to Chambers Street.”  -Peter Riguardi, JLL

“Downtown starts at Murray Street. A lot of the city incentives start at Murray Street and the fact of the matter is, there are a lot of buildings in that area that would be considered downtown office buildings. Above that is Tribeca, which is a separate market place.” -Marc Shapses, Savills Studley

“Back in the day, your dyed-in-the-wool downtowners wouldn’t even venture above 14th Street without a passport, but borders are pushing northward, as they have steadily for hundreds of years.  Many buyers consider downtown to be anyplace below 30th Street, and even that is only a temporary marker. Neighborhoods tend to be classified more by their vibe than by their geography.” -Tom Postilio & Mickey Conlon, CORE

“Downtown is wherever my clients say it is – as in ‘I want to live Downtown – you know, nothing above 125th Street.’” -Susan Lamia, The Corcoran Group

“I believe that Downtown is a state of mind and it starts when you graduate college or your children leave home. From a geographical/historical point of view, the New York Times’ classified used to call ‘Downtown’ below 34th Street – and up until 20 years ago many people would not go above 14th Street.  Obviously that has changed with the explosion of Chelsea, Flatiron, Gramercy, and Nomad. In my mind Downtown is below 34th Street.” -Richard Grossman, Halstead Property