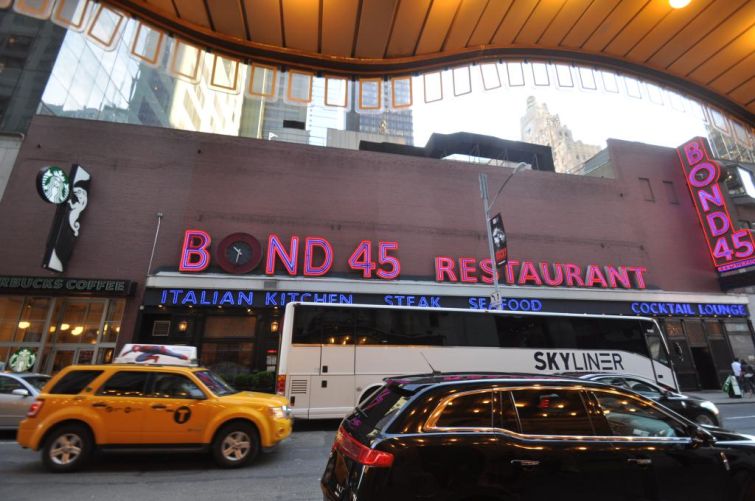 Restaurateur Shelly Fireman believes Times Square staple Bond 45 won’t be permanently shuttering when its lease expires next February, but the space may be shrinking.

Mr. Fireman, whose family-owned Fireman Hospitality Group operates Bond 45 at 154 West 45th Street and a number of other restaurants in New York City, said that he and the landlord, Charles Moss of Bow Tie Partners, are ironing out the details.

“We want to be there and the landlord wants us there,” Mr. Fireman said. “And we’re working on figuring it out as perfectly as we both can.”

That may include decreasing the size of the eatery by reducing the amount of ground-floor space and taking some space upstairs and downstairs, Mr. Fireman said.

As Commercial Observer first reported, Toys “R” Us decided not to renew its lease in the building (it uses the address 1514 Broadway between West 44th and West 45th Streets), also home to Foot Locker, Swatch and Starbucks. All of the leases expire in February 2016 and only Toys “R” Us had the option to renew.

Upon expiration, Mr. Fireman said the restaurant may have to temporarily shutter in order for Bow Tie to reconfigure the building.

C. Bradley Mendelson of Cushman & Wakefield, who is representing Mr. Moss in leasing up the building, yesterday told CO: “We may have to take them out and they may come back.” He declined to comment today.