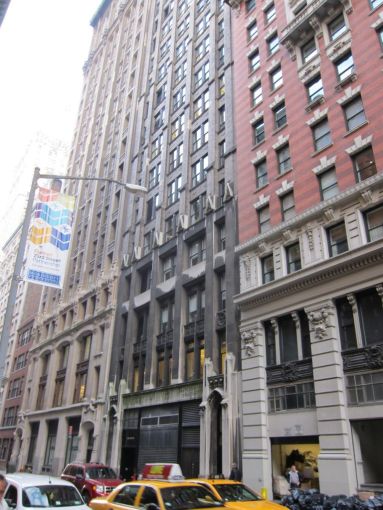 Avenues World Holdings, the company behind the for-profit Avenues: The World School, has renewed and expanded the lease for its headquarters at 11 East 26th Street, The Wall Street Journal reported.

The 12-year lease is for 12,083 square feet on both the 16th and 17th floors of the office building, for a total of 24,166 square feet, according to The Journal. The company is currently based in 10,000 square feet of office space at the property, which sits between Fifth and Madison Avenues.

The deal, inked in December, had an asking price of $68 per square foot, according to a spokeswoman for the broker, James Buslik.

Avenues’ first school opened in 2012 at 259 10th Avenue in Chelsea for grades kindergarten through 12th. The 215,000-square-foot facility also houses nursery school and pre-k now, according to the school’s website.

The self-billed “global school” also plans to expand to 20 locations worldwide over the next decade, including Hong Kong, London and Abu Dhabi, according to its website. But the headquarters will remain at 11 East 26th Street.

Both the landlord, East Twenty Sixth Associates, and the tenant were represented by Mr. Buslik, the principal of Adams & Co., The Journal reported.

“Avenues The World School is an extremely prominent school system that provides students with unparalleled education and a strong support system. We are pleased that Avenue Holdings has decided to expand their space for their headquarters at 11 East 26th Street,” Mr. Buslik told Commercial Observer via a spokeswoman. “We are looking forward to their continued growth.”

Avenues is also expanding its campus in Manhattan by finalizing a lease at 540 West 26th Street between 10th and 11th Avenues. Avenues’ President and Chief Operating Officer Jeff Clark told The Journal the school plans to move its nursery, pre-K and Kindergarten classes to that site.

Avenues did not immediately respond to a request for comment.