Now Is Not Prime Time on the CMBS Channel 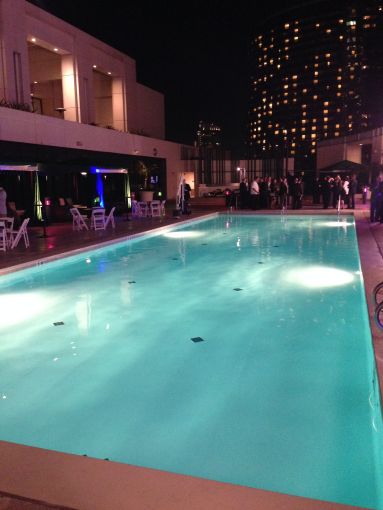 Despite recent growth, now may not be the best time for CMBS lenders.

At a panel on the CMBS market at this year’s MBA CREF conference in San Diego, four seasoned players warned of increased deal constraints, an overly competitive marketplace and a decelerated rebound. One panelist even joked that giving a negative outlook on CMBS helps stave off competition.

“It’s obviously been a very attractive business over the past few years, which has prompted more people to enter the space,” said J. Theodore Borter, a managing director at Goldman Sachs. “That being said, it is not the best of times in the CMBS world. We saw a lot of volatility in the end of 2014 in both the floating-rate and fixed space.”

“Credit standards are deteriorating, which speaks to the fact that we have a lot of competition in the market,” the Goldman executive said. “I don’t think anyone would tell you that we need this many conduit programs to create a viable market.”

Total CMBS issuance hit a post-crisis high of $95 billion in 2014, up from $83 billion in 2013, according to figures from the commercial real estate and finance data firm Trepp. Many in the industry expect total issuance in 2015 to exceed last year’s numbers.

But limitations on deal size and on the triple-A bond buyer market have put a damper on securitized commercial debt deals post-financial crisis. CMBS 2.0—or is it CMBS 3.0?—lacks the big numbers that characterized the previous boom, the panelists said. CMBS issuance peaked at $230 billion in 2007.

The market is experiencing slowed growth due to “operational constraints” on the CMBS shops, Mr. Fastov noted.

“People know that commercial real estate carries a certain amount of risk,” he said. “When you experience it first-hand it refreshes that memory and can start to affect people’s behavior.”

Mr. LaBianca pointed to the size of individual CMBS deals as an impediment to the market’s growth, noting that most post-crisis deals have been under $1.5 billion.

“The big question is whether anyone is going to test the waters and do a deal over $2 billion,” he told Mortgage Observer.

Likewise, the finite number of triple-A bond buyers has put a further constraint on CMBS growth, the panelists and moderator agreed.

“The market for [non-public] 144A bonds has proven to be much thinner and more volatile than the market for [public] conduit bonds,” said Mr. Furlong. “The majority of institutional bond buyers only buy conduit bonds, which are seen as more liquid, so it’s riskier to bring 144A bonds to market, particularly in large sizes.”

At the end of the day, perhaps surprisingly, declining credit quality was a small concern among the panelists.

“Everyone is quite aware that there is an erosion of credit standards right now,” Mr. Furlong said. “That’s entirely normal for real estate cycles. There will continue to be erosions in credit standards in all kinds of deals provided we have interest rates as low as they are.”

Panelists still predicted growth in the CMBS space in 2015. “My estimate is $125 billion,” Mr. Borter said. “And we’re going to be fighting tooth and nail with the life companies for the better of those deals.”