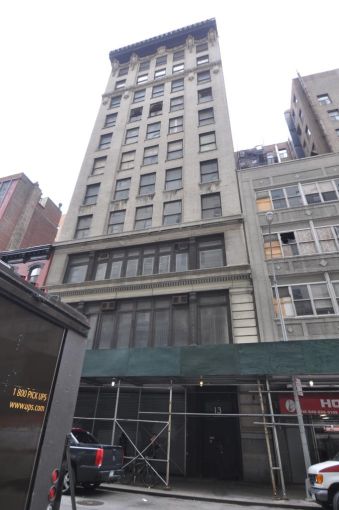 Pondicheri, a Texas-based Indian fusion restaurant, is breaking into the New York market with a 3,363-square-foot ground-floor lease at 15 West 27th Street, according to The Wall Street Journal.

As the Commercial Observer previously reported, leasing and management company Kaufman Organization and Principal Real Estate Investors completed the purchase of 13-15 West 27th Street from development company Extell Development last April, as part of a $175 million Madison Square portfolio consisting of four buildings across NoMad and the Flatiron District that belonged to real estate investors Michael and Frank Ring. The properties are currently undergoing $34 million in renovations, The Journal said.

Pondicheri, which signed a 15-year lease, is the first retail tenant in the Madison Square portfolio, and will occupy the only retail space available at that address. The asking rent was roughly $130 per square foot, according to a spokesman for Kaufman, and the deal closed last month.

“The Kaufman Organization is looking at the ground floors as brand beacons,” said the Kaufman spokesman. “The firm is in search for retail tenants that will resonate with the office tenants on the floors above and the residents and employees in the area.”

The building between Fifth Avenue and Broadway is comprised of 55,000 square feet.

Mr. Kahr, whose LB Realty Services is part of Siben & Kahr, told Commercial Observer the restaurant is hoping to open in September. This will be Pondicheri’s third restaurant, two of which are in Houston.

“All four buildings are undergoing renovations, and until all that work is finished we can’t finish our work,” Mr. Kahr said, adding that Pondicheri will not take possession of the property until April or May.

Pondicheri’s manager could not be immediately reached for comment.