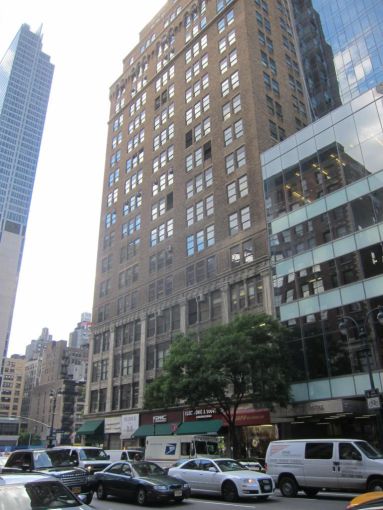 875 Avenue of the Americas.

F. Schumacher & Co. is leaving its digs at 79 Madison Avenue between East 28th and East 29th Streets this summer, Commercial Observer has learned.

The fifth-generation, family-owned decorative textile supplier which boasts clients including the White House and the Chambers of the United States Supreme Court is heading to new space at 875 Avenue of the Americas at West 31st Street. The company has signed a 10-year lease for 11,604 square feet on the entire 14th floor in the building, according to a press release from the New York office of Lee & Associates. The asking rent was $53 per square foot.

“The building is very excited to welcome one of America’s most respected names in interior design for more than 125 years,” said Mr. Braus in prepared remarks. “Signing F. Schumacher & Co. is the latest indication of the transformation of 875 Avenue of the Americas into a premier Midtown South office property.”