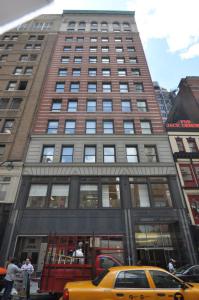 Five childrenswear companies have committed to a total of 5,296 square feet at 34 West 33rd Street, according to a press release issued by Adams & Co., the firm that represented the building in these transactions.

The largest of the five leases was Yoka Showroom re-signing a lease for 1,645 square feet at the property between Fifth Avenue and Avenue of the Americas. The company will likely use to the space for offices and a showroom for its children’s clothing company. The asking rent was $48 per square foot.

Adams & Co.’s David Levy and Brett Maslin represented both the landlord, Arcade Building Associates, and all of the aforementioned tenants in their deals.

The 12-story property, also known as the Childrenswear Center, was built in 1908 and includes 158,200 square feet.