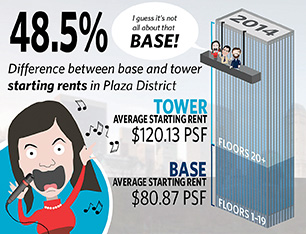 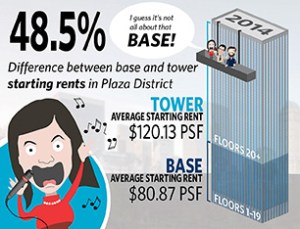 Tower floor tenants not only get gorgeous views for that higher rent, they also receive more concessions. The average tenant improvement allowance offered for tower floors was $61.41 per square foot last year, compared to $49.28 per square foot for base floors. Free rent given to tenants followed the same trend, as tower floors averaged 5.5 months of free rent, while base floors averaged only 4.5 months free.

Richard Persichetti is vice president of research, marketing and consulting at DTZ.