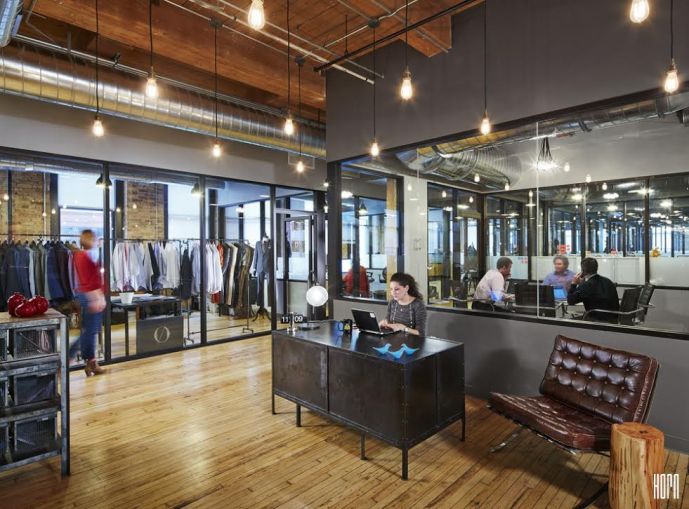 Industrious, a co-working space provider founded in August 2013, has signed a 10-year lease for its first New York City office at 594 Dean Street, according to Crain’s New York Business.

The company’s new office, located between Carlton and Vanderbilt Avenues in Prospect Heights, will include 18,800 square feet of office space on part of the first floor, all of the second floor and all of the third floor in the three-story building. The company will also have access to a roof deck.

“We call it a social office complex and we basically attract companies that have grown out of a co-working space,”  Mr. Hodari said. “We have a lot of big national tech companies, but also people from all sorts of industries. We think [the offices are] a very broadly appealing product.”

He said the company will move into the space in mid-March. At that time, Industrious’ corporate offices, now located in Dumbo, will also move to 594 Dean Street.

“It took about four months to put the deal together,” said Mr. Klein, noting that the deal closed last September.

Ripco’s Andy Clemens represented Industrious in negotiations. Mr. Clemens could not immediately be reached for comment.

Crain’s reported that asking rent was roughly $36 per square foot.

Industrious opened its first co-working space in Chicago in August 2013. It is now in the process of adding 10 new locations across the country, including two offices in Atlanta and one each in Denver, Nashville, Minneapolis, Philadelphia and Salt Lake City.

Mr. Hodari said that among work-sharing spaces, Industrious is unique.

“You feel like you’re part of this larger community of companies, but you also have your own space,” said Mr. Hodari. “Our goal is to make going to work a more relaxing, enjoyable, social experience than one would normally have.”