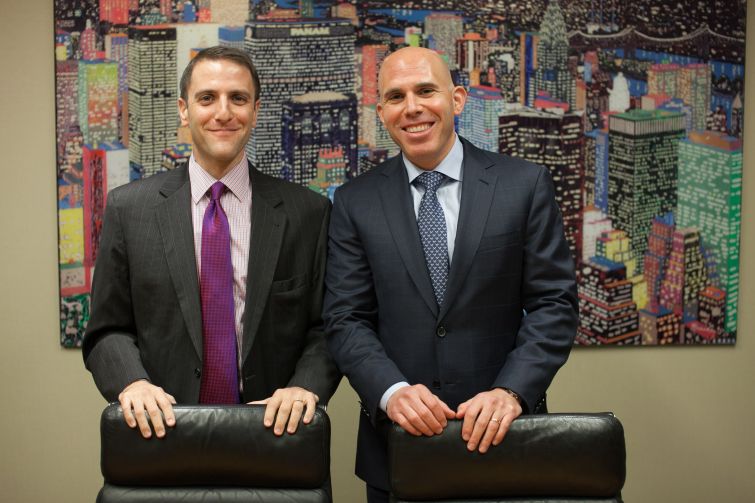 It’s not often that the top real estate honchos are willing, dare we say eager, to call a reporter from the mountains of North Africa to talk about one of their colleagues.

But when it came to talking about Scott Rechler, they called from far and wide over the holidays to heap praise on the chief executive officer and chairman of RXR Realty. Developer Joseph Sitt, the head of Thor Equities, for one, phoned Commercial Observer last week from the Atlas Mountains in Morocco.

While Mr. Rechler, 47, said he has “no plans to run for any office,” maybe he should. He is a big political donor and clearly has a lot of supporters in high places.

Mr. Sitt said Mr. Rechler jests him about running for mayor, and Mr. Sitt responds in kind. But those are just jokes, Mr. Sitt insisted.

Besides making large contributions like a $100,000 donation to the New York State Democratic Committee in April of last year under his wife’s name, Mr. Rechler’s political involvement includes civic work. He is the vice chairman of the Port Authority of New York & New Jersey’s board of commissioners. Mr. Rechler was appointed to the board of commissioners in June 2011 by Gov. Andrew Cuomo.

Mr. Rechler had a several-month stint filling in as chairman starting last March between when David Samson resigned from the position and John Degnan assumed it. In late July 2014, Mr. Rechler told Commercial Observer his top priority as acting chair and beyond is “that the Port Authority must become more open with more input from the board of commissioners and the public.”

Patrick Foye, the executive director of the Port Authority, credited Mr. Rechler with “spearheading the reform and transparency process during that period.” He added: “He’s been a leader on reform, transparency and accountability.”

“He’s a committed New Yorker and obviously involved with the Port Authority to bring some rational and practical experience in terms of development and I think the governor has faith in his judgment and that’s why he’s on the board with tremendous responsibility,” said Bill Rudin, the CEO of Rudin Management Company, who has gotten to know Mr. Rechler in part because they are both board members of the Washington, D.C.-based industry group Real Estate Roundtable.

When he’s not committing his time to the Port Authority, he is running RXR, a multibillion dollar private real estate company out of its New York City and Uniondale, L.I. offices. RXR was the sixth largest developer in the five boroughs in terms of dollar value of properties acquired for all of 2014 with $1.8 billion across six properties, according to data prepared by Real Capital Analytics for Commercial Observer.

“A guy like Scott is a rarity,” said Robert Alexander, the chairman of the New York tri-state region at CBRE, who chatted via his mobile telephone while on vacation. “He is as talented as they come. He has built two major real estate organizations in New York.”

“He blew away the other bidders,” Mr. Alexander said. “He made an intelligent presentation on his plans. He presented a working knowledge of the building, understood what needed to be done. ”

“Long Island is where we originated,” Mr. Rechler said during a December interview in his office in which he had Seth Pinsky, who was hired in 2013 to spearhead RXR’s emerging markets platform, join him.

Aiming to focus on areas that other institutional real estate players are not, RXR is keen on neighborhoods of Queens like Flushing, Jamaica and the Rockaways as well as the North Shore of Staten Island and the South Bronx, Mr. Pinsky said. In what the firm calls “urban suburban neighborhoods,” RXR is interested in building “medium- to high-density redevelopment projects near the transit infrastructure,” Mr. Pinsky said, in places with traditional suburban downtowns like Hempstead, Glen Cove, Yonkers and New Rochelle. Mr. Pinsky highlighted how RXR and Renaissance Downtowns Pinsky were designated in October by the City of New Rochelle to develop and reshape the downtown area.

“It’s important that these downtown areas get redeveloped,” Mr. Pinsky said. “There are affordability issues in the city, which can in part be addressed by looking outside the city’s boundaries.”

Mr. Pinsky was involved in the firm’s $110 million purchase of the Standard Motor Products Building on Northern Boulevard in Long Island City this past summer and its long-term lease with American Landmark Properties for the 650,000-square-foot, 10-story 470 Vanderbilt Avenue near the Barclays Center for $200 million, also this last summer.

In July, RXR’s $420 million 99-year triple-net lease at 75 Rockefeller Plaza commenced, and the firm is spending in excess of $150 million to renovate the 630,000-square-foot building. A Cushman & Wakefield team including Bruce Mosler, the chairman of global brokerage at Cushman & Wakefield, is marketing the building for RXR. Mr. Mosler also co-represented ownership in the December 2013 lease of the building, which was in need of a major capital improvement program.

“When we selected on behalf of ownership who to partner with at 75 Rock it was Scott because ownership believed he could execute on the plan and [the building was] best off in his hands,” Mr. Mosler said via his cell phone, noting that Mr. Rechler wasn’t the highest bidder. “The structure of the deal was complex,” he added, and since RXR would be investing more than $100 million in the redevelopment “execution becomes important.”

Mr. Sitt said he zeroed in on Mr. Rechler in the $595 million purchase of 530 Fifth Avenue in June. Mr. Sitt said he didn’t want to invest so heavily in one transaction and decided to diversify by selling the office component. Mr. Rechler was his first call because he’s “quick, easy and decisive,” said Mr. Sitt. The pair do good business together despite Mr. Sitt’s position as the chairman and founder of the Global Gateway Alliance whose goal, Mr. Sitt joked, is to “complain about the Port Authority.” Thor ended up partnering with RXR and General Growth Properties in the acquisition.

Other major projects RXR has cooking include the $200 million development of the 560,000-square-foot retail complex on Pier 57 at West 15th Street with Young Woo. The plan, Mr. Pinsky said, “is that on the bottom two levels there will be a unique retail and food marketplace.” Mr. Rechler was quick to note that “it’s not another Eataly.”

RXR also closed on the $330 million purchase of 61 Broadway in the Financial District in May and is upgrading the lobby. This past December, RXR went into contract to purchase the 1.2-million-square-foot Class A commercial building at 32 Old Slip from Beacon Capital Partners for $675 million, as Commercial Observer previously reported.

“He’s sharp as a tack,” said Mr. Alexander, who was involved in the 32 Old Slip deal. “He’s quick. He’s to the point. He’s highly intelligent and analytical. And he works like a banshee.”

Mr. Mosler said: “This is a man that has been able to foresee, forecast and understand the market.”

Mr. Rechler anticipates the New York office market is “going to continue to pick up momentum” and product will be needed in the next couple of years as absorption continues to outpace supply.

RXR is “trying to follow the market trends and with unique product,” Mr. Rechler said.

The firm is also diversifying with plans to play all elements of the capital stack more often.

RXR made a $150 million mezzanine loan for David Werner’s recent acquisition of 5 Times Square for $1.5 billion. As Commercial Observer reported in September, Broad Street Development closed on the purchase of 80 Broad Street from Savanna for $173 million. Mr. Rechler said his firm provided around $90 million in preferred equity in the deal.

“Historically, we’ve probably done a billion dollars of this type of stuff,” Mr. Rechler said. “We bought a lot of mezz and paper when we first came to New York. The origination side is more recent for us so far in this cycle and will become a relatively meaningful part of our business. And we will do that for development, too.”

He added: “Over the next three to five years, I could see us doing a couple billion dollars of this.”

As for funding his own deals, RXR relies on discretionary funds from mostly non-U.S. institutional investors. He said since 2009 RXR has raised $4 billion of equity through those investors. The average investment? More than $50 million.

Mr. Rechler said he is not considering going public because he likes to buck the trends.

“Our business model is much more opportunistic—see where the markets are going, get ahead of the markets,” Mr. Rechler said noting that his company doesn’t have a “scarcity of capital.”

The firm’s model seems to be working as Mr. Rechler keeps snapping up big assets and winning over his colleagues.

“Scott is a very successful real estate investor,” emailed Douglas Harmon, a senior managing director at Eastdil Secured. “He utilizes a unique triple barrel attack when buying or re-developing complicated large scale properties: 1) he has vast experience, 2) he maintains and cultivates ample war chests of available capital, and 3) he has an engaging and sympatico style that has produced many an ally in our industry. This rare combination of attributes plus a ‘good eye’ has served him well over the last two decades.”