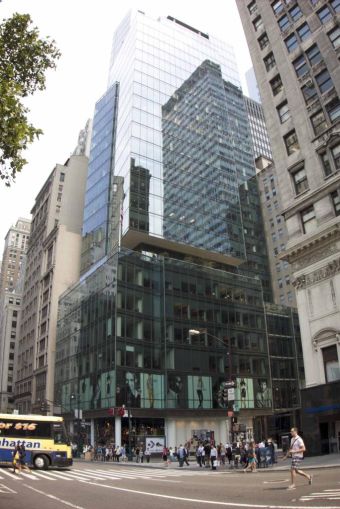 This private holding company is holding onto its space.

Corigin Holdings, the parent company of real estate developer and operator Corigin Real Estate Group and tech startup investor Corigin Ventures, signed a five-year and two-month deal to remain in its 10,586-square-foot headquarters on the entire 22nd floor of Axel Stawski‘s 505 Fifth Avenue, Commercial Observer has learned. The tenant agreed to an early renewal, according to a person familiar with the matter.

Paul Glickman and Diana Biasotti of JLL represented the landlord in the negotiations, while Alexander Chudnoff of JLL negotiated on behalf of the tenant. Representatives for JLL and Corigin didn’t immediately respond to a request for comment and an official at Stawski Partners, the building’s management company, declined to comment.

The property, which sits between East 42nd and East 43rd Streets and catacorner to Bryant Park, features a lobby that acts as a “forced-perspective light box” by changing colors throughout the day, according to its website. Asking rents weren’t available, but Class A buildings on Madison and Fifth Avenues in Midtown command an average rent of $100.28 per square foot, according to the latest quarterly report from Cushman & Wakefield.