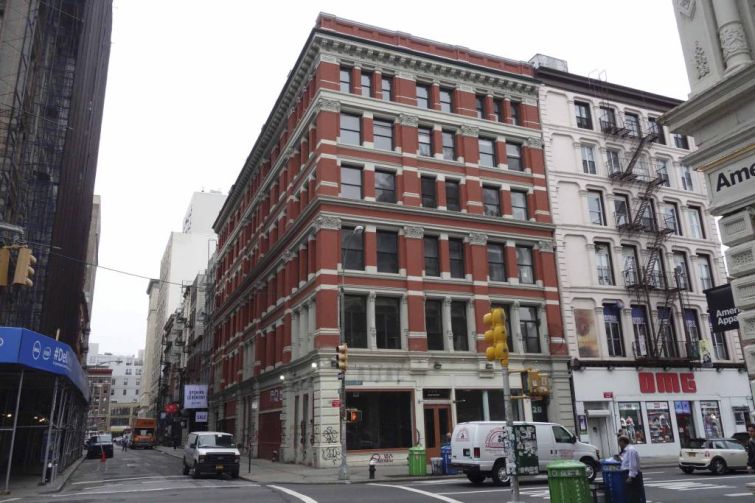 The Soho mixed-use building known as the Suspenders Building has been refinanced to the tune of about $70.5 million, according to records filed with the city today.

The cast-iron building at 428 Broadway is owned by the Chetrit Group, which bought the six-story property for $22.5 million in 2005.

The $57.9 million PB Capital loan was backed by five Chetrit-owned properties and was transferred to Union Bank when PB’s commercial real estate unit was sold off to the bank in 2013, records show.

The brick and limestone loft building sits at the corner of Howard Street and offers retail and office space.

Neither Jefferies Loan Core nor Chetrit representatives were immediately available to comment.